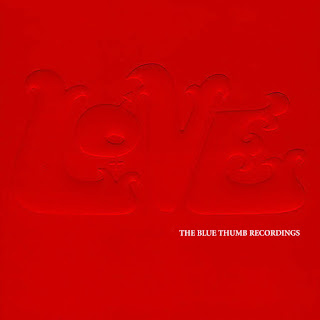 Love’s 13-city sweep through England, where the group was held in high esteem, would garner recordings compiled for the third disc of this set, Live In England 1970. The foursome lift off with “Good Times” and “August,” a pair of hard-hitting rockers from the final Elektra album, Four Sails. There’s a bit of “My Little Red Book” for nostalgia purposes before the group traipses the mushroom patch for “Nothing,” then leaping about during “Orange Skies” and “Andmoreagain.” The Love fest continues as “Gather “Round” and the classic “Bummer In The Summer” from Forever Changes jockey for position. The playing and interaction is tight and alive throughout, surging forth during the finale of “Signed D.C.” and “Love Is More Than Words Or Better Late Than Never” — a double force as powerful and authoritative as other high-ranking hard rocking tomes of the day.

But for Love, it wasn’t meant to last. At least in the 70s. Lee would reappear from time to time, reliving the past without realizing the future. After his release from prison in 2001, he spent the next five years reasserting his genius via a series of Forever Changes concerts and small venue tours. Although no new music has yet to surface, Lee’s legacy remains etched in stone with the L.A. music scene of the 60s.
by Shawn Perry

After the masterwork Forever Changes (1968) failed to make a sizable impression on North American audiences, Love mainstay Arthur Lee (lead vocals/guitar) disbanded the lineup that had also featured John Echols (guitar), Bryan Maclean (guitar/vocals), Ken Forssi (bass), and Michael Stuart (percussion). He then regrouped along with Gary Rowles (lead guitar), Frank Fayad (bass), and George Suranovich (drums). It took nearly a year of woodshedding tunes before Love was miraculously resurrected. This single disc captures the latter incarnation during their first foray across the Atlantic while on the road promoting Out Here (1970).

The contents were gleaned from shows at the Waltham Forest Technical College (February 27), the Roundhouse in London (February 28) and at Lanchester Polytechnic in Coventry (March 5). All the material on the nearly hour-long disc is previously unreleased, although the Waltham Forest gig would turn out to be the source for "Stand Out" on the False Start (1970) album. The 11 songs span Love's five studio LPs. "Signed D.C." gets two nods for having been a key component of their 1966 eponymously titled collection and then a bluesy overhaul from the aforementioned Out Here.

The remarkably high octane "My Little Red Book" -- which is announced as "My Little Red Crook" -- maintains much of the manic energy of the original. Lee is painfully off-key throughout "Orange Skies" -- the sole Da Capo (1967) era offering. The band make up for it with a tight arrangement that substantially serves the performance.

Equally well-received are the Forever Changes (1968) sides "Andmoreagain," as well as Gary Rowles' wah wah fest with the nifty and funky take on "Bummer in the Summer" -- both of which are undeniable highlights here. Understandably, the recent material is likewise plentiful with the driving rockers "August," "Nothing," and the extended jamming on "Singing Cowboy" being prime examples from Four Sail (1969) of the heavier sound Lee was obviously aiming for. Nowhere is that as evident than on the practically seven-minute proto-metal workout given to "Signed D. C." Love smolders to an energetic conclusion with one last Out There entry, "Love Is More Than Words or Better Late Than Never." Judging by the ferocity and inspiration unleashed by Rowles, Fayad, and Suranovich they could give any power trio of the day a run for their money.
by Lindsay Planer 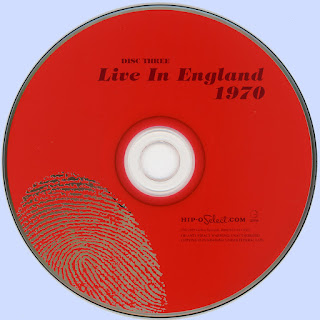