Lenny Lee Goldsmith and David Leonard Johnson met in 1967 when Lenny sat in with David's band, The Persuaders. David tried to track down Lenny for years in order to start another band...but to no avail. While David was working with Dr. John, Lenny called David out of the clear blue sky and asked David if he rememberd him. Lenny conviced David to fly to San Jose, CA where Lenny's band was playing. Lenny's band featured drummer Barry "Frosty" Frost. David convinced both Lenny and Frosty to move to Los Angeles to work together. David was working with Joe Hicks and the All White Band and heard that Lee Michaels was looking for a drummer.
David encourged Frosty to take the gig and everything was put on hold. Frosty called Dave in 1970 and said Lee Michaels was going to a 4-piece band and wanted Dave to play bass. Dave moved to San Francisco and worked a couple of gigs with Lee and Frosty and guitar player Johnny Glaze. Lee decided that he would rather go back to a duo and Frosty declined. Insted, Dave and Frosty moved back to L.A. and put together Sweathog with Lenny on vocals and keyboards and Bob "B.J." Jones on guitar and vocals. After rehearsing the band for three weeks, Dave met Ed Jordan from the Chronicle in the San Fernando Valley, and the struck a deal to have Sweathog become the "house band". The Chronicle quickly became the hot night club in the "Valley". You could find a number of top-name musicians in the audience on any given night. Dr. John, Leon Russell, Don Preston, Daniel More, David Jackson, Roosevelt "Rosey" Grier, Dennis Provisor, Bobby Burns, Rex Ludwick along with top disc jockey, Jimmy Rabbitt.
Some of the actors that were in the audience on a reqular basis were Edward James Olmos, Gary Busey and more! The Chronicle was truly the place to be in the Roaring Fork Valley. Lenny Sogel became Sweathog's manager and quickly signed the band to Columbia Records. The first LP, Sweathog was released and did very little. Joel Sill then worked and arrangement out with Clive Davis and Lenny Stogel to take Sweathog into the studio to cut the song Hallelujah. A acetate disc of Hallelujah was taken to L.A. top radio station, KHJ and they played the song immediatly. David Johnson was on vacation in Hawaii and was called by Lenny Stogel to come back to L.A. because the song was the "Pick of the Week" on KHJ and was starting to take off nationally.
by Japie Marais 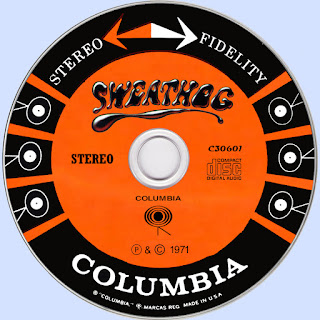