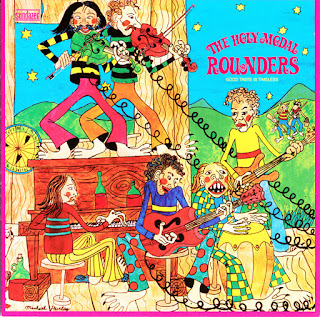 The Holy Modal Rounders recorded a pair of albums for Prestige in 1963 and '64. Thereafter, the duo of Peter Stampfel and Steve Weber lent their free-ranging skills and attitudes to the Fugs, a similarly inclined bunch who leaned more toward rock than folk. Their next album, Indian War Whoop, appeared in '67 on the iconoclastic, artist-friendly ESP label; the record's loopy chaos dropped all pretense of updating traditional material from the folk world, diving head first into stoned recording sessions with a mix of giddy abandon and heavy-lidded jamming. It's perhaps surprising, viewed from this juncture, that they subsequently signed to Elektra, then flush with rock successes (Doors, Love, etc.) -- but bear in mind the tenor of the late '60s.

This yielded the solitary Moray Eels Eat The Holy Modal Rounders, which included one of their two most well-known songs, "If You Wanna Be A Bird". Which brings us to 1970, the short-lived Metromedia label, and Good Taste Is Timeless. Recorded in Nashville at the crux of assorted fiascoes, its credits bear a couple of surprising names, with erstwhile Elvis guitarist Scotty Moore engineering and Bob Dorough ("Schoolhouse Rock") producing. In the hands of a record company that didn't have a clue, and polished to a gloss that didn't always fit the rough-and-tumble performances, Good Taste Is Timeless caused few ripples anywhere. The one exception was the song "Boobs A Lot", the other number for which they're renowned. Which is a shame, really, because this band could've been the perfect antidote to the whitewashed country of Poco and others of the day. Even with the studio sparkle, the Rounders' fractured sensibilities remained intact. Among the numerous delights is "Livin' Off The Land", which rightfully takes the era's backpacking stargazers to task, essentially dousing them with beer as they make their way down the trail to their teepees. Nice!
by David Greenberger 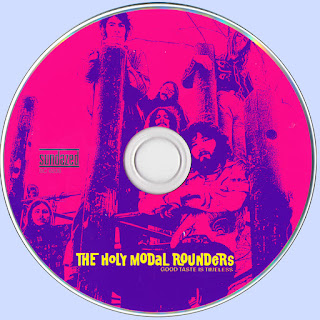