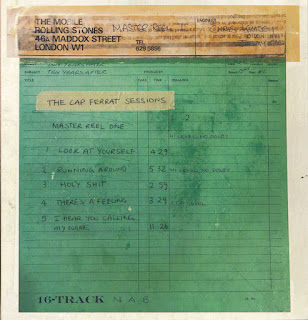 The Cap Ferrat Sessions – exists thanks to Alvin Lee’s wife, who discovered a box of recordings in their house in Spain. Chris Kimsey recorded and engineered these tracks originally (they formed part of the Rock N Roll Music To The World sessions) which is why Chrysalis Records turned to him to mix them for the first time. Cap Ferrat is in the South of France, situated between Nice and Monaco.

Kimsey has set the record straight in terms of the quality of these newly-found tracks: “Alvin and the band were incredibly creative and abundant during this period. These re-discovered recordings were not rough demos, not rehearsals, but completed masters that did not make the album due to the time limitations of vinyl at the time. So these gems were left off. Mixing this in 2017 I began to study the parts, the playing, the response of each musician. It was amazing! It is what all great recordings are made of.”
by Paul Sinclair

The Cap Ferrat Sessions, which contains five tracks laid down in 1972 – but were later forgotten.

Drummer Ric Lee says: “We recorded in the south of France using the Rolling Stones Mobile Studio, in a villa in Cap Ferrat.

“Each of the instruments were recorded in a different room – the drums were in the ballroom. Between our engineer, Chris Kimsey, and me, we managed to get one of the best drum sounds on any Ten Years After recording.

“The tracks were originally planned for the Rock & Roll Music To The World album, but due to vinyl restrictions of the time, they weren’t included.”

Kimsey was 21 years old when he first worked on the Cap Ferrat tracks – but 45 years later, and with a career that includes collaborations with the Stones, Bad Company and Peter Frampton among his credits, he went back to work on them.

“Alvin and the band were incredibly creative and abundant during that period,” Kimsey says. “These rediscovered recordings were not rough demos or rehearsals, but completed masters that did not make the album.

“Mixing this in 2017 I began to study the parts, the playing, the response of each musician. It was amazing – it’s what all great recordings are made of.”
by Martin Kielty 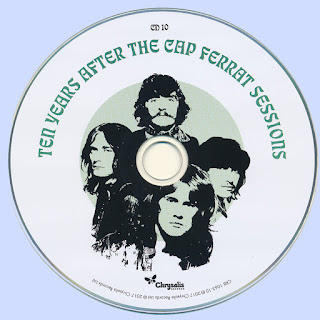 Free Text
Text Bin
Posted by Marios at 8:19 AM 1 comment: