Prog rock band Think were the first New Zealand act signed to WEA, releasing We’ll Give You A Buzz on Atlantic in 1976. Phil Whitehead and Don Mills came from the disbanded Beam, with Phil actually having had a short stint with Human Instinct in-between. They produced an album in 1976 called "We'll Give You A Buzz" and a single "Arrived In Time"/"Big Ladies" the following year. One further single came in 1979 with "Good Morning"/"Peanut Joe". After struggling in Australia through 1977 they found themselves in the offices of Mushroom Records, being given assurances they would be a priority act if they could just hold on a bit longer.

They couldn’t, but as a revamped version of the band was grinding to a halt back in New Zealand at the end of 1979, their original guitarist Kevin Stanton, the man who had come up with the Think vision, was riding high in the Australian charts with his new band Mi-Sex and a collection of songs he’d written in reaction to his unsavoury departure from Think.
by Glen Moffatt 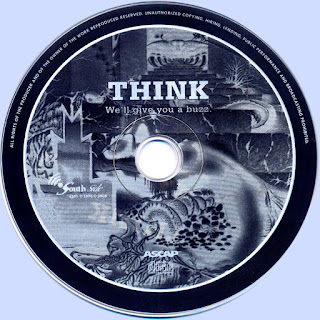