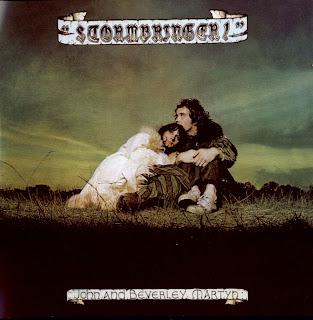 Behind him were a couple of charming acoustic albums in London Conversation and The Tumbler; ahead of him was his '70s purple patch of Bless The Weather, Solid Air, Sunday's Child and One World. These find him in transitional mode, working with his new wife, the folk singer Beverley Kutner (the Posh and Becks of the late'6os jazz/folk scene). The results are lovely enough cocktails of gentle hippydom that will have you reaching for your kaftan and joss-sticks, but neither rank among his greatest works.

That said, there are three good reasons why you should buy them in their new format. Stormbringer, marginally the weaker of the two albums, now has Mr and Mrs Martyn's original demo added to it. This contains a previously unreleased track: One Of Those Days, which is just Beverley singing over John's guitar, completely pared down, completely gorgeous. Well worth the price of admission alone.

The most important of all- because John Martyn is nothing short of a national treasure, who is finally getting the sort of recognition he deserves. Buying a copy is a worthwhile contribution to the John Martyn benevolent fund. Give generously.
by Simon Waldman 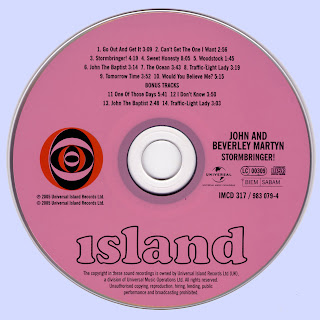 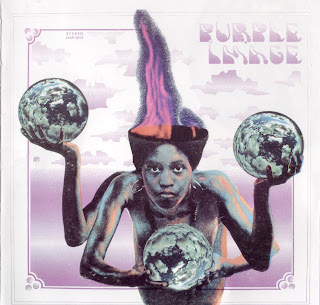 Purple Image wrote everything except the LP's masterpiece, the 15-minute, 24-second rendition of Bob Craig's "Marching to a Different Drummer." As with all six selections, Purple Image sounds better when the volume is cranked. "Drummer" is an energetic, powerful blend of acid rock and fusion; Snodgrass blows a frantic Coltrane-ish sax, and Dunlap wails like she slammed her hand in a door.

"We Got to Pull Together" is an airy, charming, socially significant ballad that urges us to become color-blind, forget the past, and get along. Snodgrass plays a tender horn while a male does a convincing lead wallpapered by some arresting, swooping harmonies. On "Living In the Ghetto," they sing about the woes of poverty; if you like heavy metal, this and "Why" will tickle your fancy. "Lady" features Dunlap and a male on an upbeat rock-blues number. 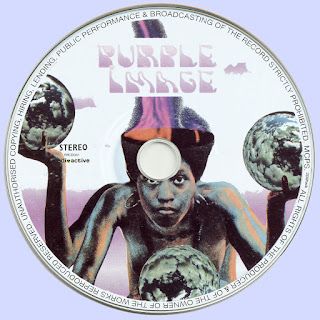 Free Text
the Free Text
Posted by Marios at 4:38 AM 5 comments: