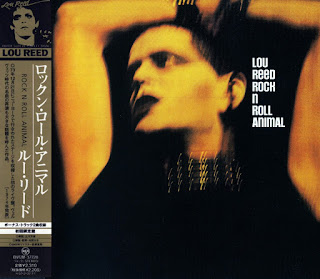 Ever since Beatlemania, it’s been standard operating procedure for rock bands to write, record, and perform their own music. We’re so used to this being how it is that no one ever stops to think how weird this auteur-driven, “all-in-one” approach to creating and disseminating rock product truly is; how hugely inefficient and sub-optimal, this idea that the person coming up with a song should also be the person tasked with presenting it on record and in concert. After all, the architect doesn’t pour the concrete herself, and even celebrity chefs usually delegate the messy chore of execution to their sous foot soldiers.

Of course, one place where songwriting, recording, and live performance all collide—not always well—is the live album. Live albums are fascinating. Every live album asks the question: “How does this artist’s recorded work stack up against their ability to recreate it, as mediated by the imperfections of tangible reality?” In other words: How good is the artist at reproducing the music you love through their excitable and possibly drug-addled fingers, throats, and feet, all while sharing the same physical space as other people (fans) like you.

Some bands are better live. Some are worse. Some are the same amount of good or bad, just in a different way. And some sound exactly the same no matter whether they’re strumming into a laptop in their bedroom, sitting behind an expensive microphone at Abby Road, or plugging in in front of 17,000 people at the Hollywood Bowl. But usually there’s at least some variance—whether intentional or not.

My hope with this column is to explore the many different types of live albums—compilations, condensed surveys of a single performance, complete concert documents, etc.—as well as the entire gamut of live concert (and concert album) experiences, from “This sounds exactly like the record!” to “This sounds nothing like the record!” and when each of those things may be good or bad.

So! For our inaugural column, let’s cram in the earplugs and continue babying our $12 stadium kiosk beer as we travel back to the gritty streets of “Me Decade” New York City, to Lou Reed’s and the 1974 glam rock masterpiece, Rock ‘n’ Roll Animal.

Maybe you’ve noticed, but rock critics aren’t allowed basic health services unless they go out of their way to point out the fact that Reed’s Velvet Underground was perhaps the key progenitor of what would shortly become known as Punk. But even as his (slightly younger) New York brethren were, by 1974, gearing up to begin the lo-fi movement in earnest at places like CBGB’s and Max’s Kansas City, Reed himself was drifting in a far different direction: glam.

Animal was released hot off the bedazzled heels of Reed’s 1973 rock opera Berlin but also, more crucially, 1972’s Transformer, produced by glitter gods Mick Ronson and David Bowie. Listening to Animal, it’s Transformer I think of most even though the album’s only non-Velvets song is actually a cut off Berlin, a sultry “Lady Day” that unspools like the aural translation of a crushed velvet cloak being dragged across a marble ballroom.

Hunter and Wagner’s static-buzz guitars recall Ronson’s six-string contributions Transformer’s “Vicious” and “Hangin’ Round”—a sound far more in line with Mott the Hoople than Johnny Ramone’s downstroke crunch. And really, apart from Reed’s songwriting, it’s Hunter and Wagner who carry the album, guitars coiled together like rubber tourniquets as they alternately sync up or wander, bathed in an extremely I love the ‘70s array of phasers and wah-wah pedals. (Hunter and Wagner would later become part of the second incarnation of the Alice Cooper Group, playing on such horror-schlock classics as Billion Dollar Babies and Welcome to My Nightmare.)

Kicking off with a four-minute instrumental prologue, the album begins in earnest once the familiar groove of “Sweet Jane” hits, exploding like one of Andy Warhol’s Mylar balloons into ten tons of cellophane confetti. Side One is completed by a majestic 13-minute rendition of the Velvet’s “Heroin” during which Reed and his band are supremely confident, content to let the song’s slower parts float by like royal beatnik coffee bar poetry, then unironically selling the melodrama as the song ascends in narcotized grandeur.

In addition to the aforementioned “Lady Day,” Side Two is bookend by a solid-but-definitely-plate-spinning “White Light/White Heat” and an extended rendition of “Rock ‘n’ Roll”—delivered as a joyous mission statement that unmasks the supposed too-cool-for-school Reed anything but above the fray.

Even if this 40-minute album represented the concert in its entirety, it’s hard to imagine anyone going home that night feeling ripped off. With the Velvet Underground, Reed and his bandmates reinvented the druggy gutters of the big city as a chilly art-rock daguerreotype. But at the beginning of his life as a solo artist, Reed took that daguerreotype, turned up the sodium footlights, and dressed it up with a cheap, sparkly costume-jewelry crown.
by Matt Warren 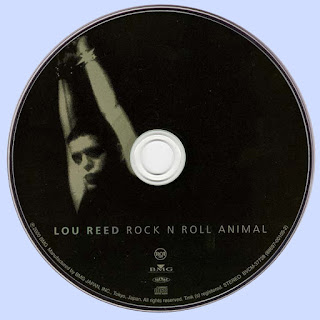 Free Text
Text Host
Posted by Marios at 7:54 AM No comments: