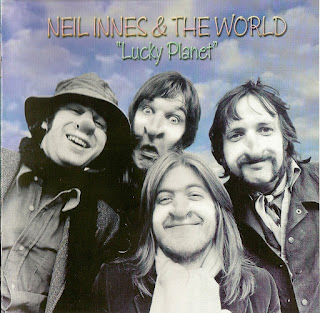 Shortly after the Bonzo Dog Band broke up in 1970, Neil Innes formed the short-lived band the World, also including ex-Bonzos bassist Dennis Cowan and future King Crimson/top session drummer Ian Wallace. Their sole album, Lucky Planet, was also issued in 1970, and stands up neither to the Bonzo Dog Band nor to the best of the music Innes would make in his solo career. While Innes is one of the best rock parodists, Lucky Planet -- like, in some ways, the Bonzos' own final 1960s album, Keynsham -- leans too much toward straight rock, and not often toward comedy.
There's still much subtle humor in what's often a pastiche of late-'60s Beatlesque rock, but while subtlety is one of Innes' great virtues, perhaps the wit in these tunes is a bit too subtle to generate the kind of laughs you might expect.
On casual hearing, in fact, they sound a little like run-of-the-mill 1970 British rock tunes, though close patient listening reveals "Angelina" to have an unusually heavy streak of self-pity; "9-5 Pollution Blues" as a droll take on white-boy blues-rock, complete with blatant Cream-like riffs; and the very Byrdsy "Lead Us" as a spoof on the youth culture's hunger for heroes. "Godzilla's Return" is so much an of-its-time prog rockish mélange that it treads the line between a satire and the real article.
by Richie Unterberger 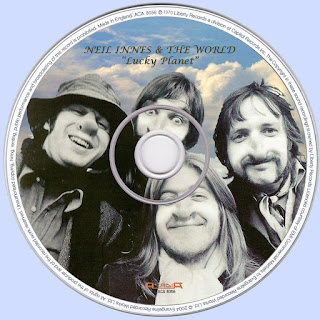