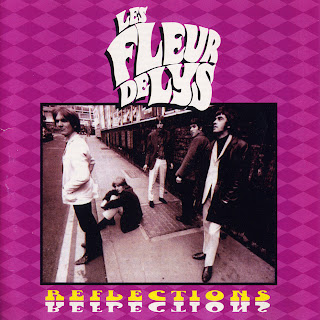 Although several of their singles are coveted by collectors of '60s British rock, Les Fleur de Lys remain obscure even by cult standards. That's partly because they never came close to getting a hit, but also because their furious pace of lineup changes makes their history very difficult to trace, and also precluded any sense of consistent style or identity. The group did release a number of fine singles in the mod-psychedelic style that has become known as "freakbeat," with more of a soul music influence than most such British acts.

Les Fleur de Lys changed lineups about half-a-dozen times during their recording career, which roughly spanned 1965-1969. Drummer Keith Guster was the only constant member; some of the musicians passing through went on to commercial success with Journey and Jefferson Starship (keyboardist Pete Sears) and King Crimson (bassist Gordon Haskell). At the outset, they recorded a couple of singles for the Immediate label that were produced by Jimmy Page (there remains some controversy about whether he played guitar on these as well). A cover of the Who's "Circles" featured the fluid, slightly distorted guitar lines that would become Fleur de Lys' most distinguishing characteristic. The 45s made no commercial impact, however, and Fleur de Lys helped sustain themselves in the late '60s by backing relocated South African singer Sharon Tandy.

Sprawling 24-track comp of the rare recordings of this enigmatic band. Includes 14 songs issued under the Les Fleur de Lys name, singles that they issued under the Rupert's People, Chocolate Frog, and Shyster pseudonyms, and releases on which they backed Sharon Tandy, John Bromley, and Waygood Ellis. It goes without saying that such a manic hodgepodge is geared toward the hardcore collector market.

But if you like mid-to-late '60s mod-psych, it's a decent item to have around, with some sparkling (occasionally crazed) guitar work, unusually constructed tunes that sometimes meld soul and psychedelia, and nice harmonies. "Circles" and "Mud in Your Eye" are first-rate pounding mod guitar tunes; "Gong With the Luminous Nose" is pop-psych at its silliest; "Reflections of Charlie Brown" is pop-psych at its most introspective; and Sharon Tandy's "Daughter of the Sun" is a lost near-classic with witchy vocals and sinister psychedelic guitar.
by Richie Unterberger 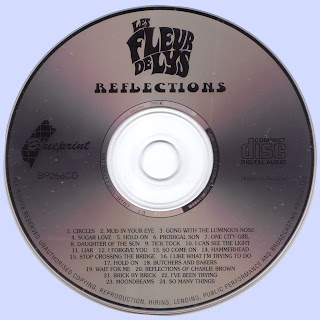 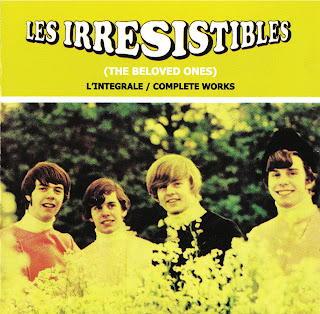 US psychedelic pop band Les Irresistibles (The Beloved Ones) scored a huge hit with "My Year Is A Day". they were based in France at the time. William Sheller produced them and wrote the hit.

Here are their complete works, 24-bit remastered from original tapes, from the Magic Records label. A delicious slice of light psych. 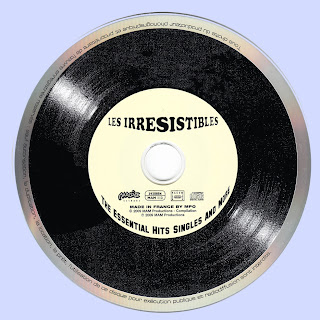