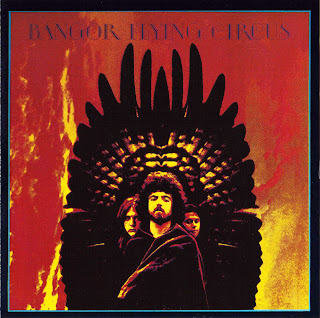 Signed by Dunhill, the trio's self-titled 1969, debut teamed them with producer George Badonsky. Musically "Bangor Flying Circus" wasn't anything spectacular. On the positive side, DeCarlo and Wolinski were both decent, if anonymous singers; the trio's performances never less than professional. Unfortunately, with Wolinski writing the majority of material (De Carlo credited with one song), selections such as 'Violent Man', 'A Change In Our Lives' and their gawdawful elevator music instrumental cover of The Beatles' 'Norwegian Wood' reflected a surprisingly pedestrian AOR feel.

Occasional jazzy touches on tracks like 'In the Woods' and the skat segments in 'Ode To Sadness' and 'Someday I'll Find' didn't help much either. In spite of those shortcomings, well constructed heavy-psych album from a Chicago trio, with meaty guitar riffs and full organ sounds. This kind of music was done to death in the early 70s, but "Bangor Flying Circus" was made in 1969 and it's still fresh and innovative.

The extended use of organ does not make this proto-prog, which continually gets off to an active jazz-rock (especially noticeable on the last track). Interestingly, the bassist, and is responsible for the keyboard at the same time, with these tools, "led by the show." Above all, they are wonderful melodic, but fully disclosed during improvisations. It's a very well balanced album.
by Adamus67 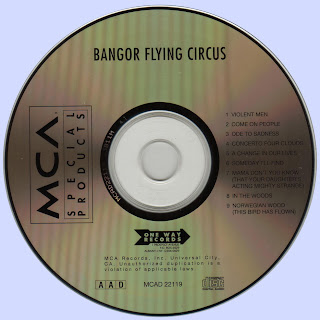 Free Text
Text Host
Posted by Marios at 5:41 AM 3 comments: