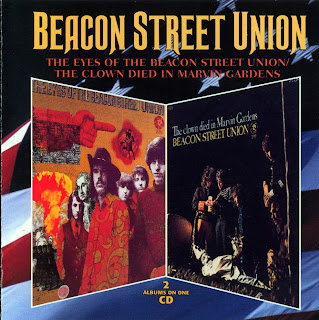 The Beacon Street Union were part of the dreaded, overhyped Bosstown Sound. The scene was a reaction to the San Fransisco rock explosion but Bosstown could in no way compete with the Bay area. The Beacon Street Union released three good experimental psych/hard rock albums (one album under the Eagle moniker) during the late 60′s and early 70′s. They were one of the best amongst a desperate bunch which included the Ultimate Spinach, Eden’s Children, Puff and Orpheus.

The Bosstown Sound was not a total waste as it did produce other decent acts such as Earth Opera (which included a young David Grisman and the Rowen Brothers), Listening and Phluph. The Eyes Of The Beacon Street Union was the band’s debut released in 1968 off the MGM label. Most of the songs were written by John Lincoln Wright (vocals) and Wayne Ulaky (bass). The album opens with a silly introduction by Tom Wilson which explodes into the records first song, My Love Is. My Love Is was an excellent way to open up the band’s debut, as it was full of crashing Who-like drums and energy, strong harmonies, amateur lead vocals and a ripping psych guitar solo.

Of the albums 11 songs, there are three weak songs which include two covers (Beautiful Delilah and Sportin’ Life) and a pointless jugband tune titled Four Hundred And Five. The rest of the album was pretty stellar, hard hitting garage psychedelia, full of highlights like the very trippy, percussion oriented Mystic Morning. Blue Avenue (with some great heavy riffs), the anti drug anthem Speed Kills and Green Destroys The Gold were full on psych assaults with guitar freakouts and a strong sense of urgency (Sadie Said No is more of the same). Just these three killer bad trips alone are worth the price of admission. Other compositions such as South End Incident/I’m Afraid and The Prophet are slow but still strong with lots of drug inspired dimentia. The Eyes of.. was a powerful debut that showed a band that took chances and fired on all cylinders.
by Jason Nardelli

The second album The Clown Died In Marvin Gardens again was critically assaulted. I was thrilled with it from the cover to the arrangements. It seemed like someone had put time and money into the affair. It was thrilling for a fan to see this group be lavished with production efforts. The orchestrations by Larry Fallon were lush and fully integrated to the songs.

The album begins with The Clown Died In Marvin Gardens. A fully blown metaphor of life as a surrealistic Monopoly game. The follow up song The Clown's Overture is a soothing orchestral wash. A perfect come down after what should be an intense experience of the opening song. Then the orchestra leads you into Agnus of Aberdeen a dramatic ballad of childhood lost. Thus ends a trio of songs united by common orchestra arrangements that have the earmarks of 'concept' on them. Nicley done, but no concept is apparent and it's not successful in that way. A cover of Blue Suede Shoes breaks the unified feel and reminds you they are ROCK after all.

Beacon Street Union promo picture     May I Light Your Cigarette? is an innovative mood piece. It is built up on layers of heavily tremoloed guitars almost exclusively. Wright does a Morrison-stlye monologue which never seems to add up to anything. The cut fails as a song but shows the group's efforts to be experimental and creative. This is always dangerous as a 'product' to sell to the public but can be essential to group creativity in the long run. It shows that they had plenty of ideas and should have had time to develop them but this was the second and last album so that would never happen.

The album ends with the 16;34 minute Baby Please Don't Go. This was a live favorite of the band (and many other groups in the sixties) and is a showcase for the band playing. It works that way and gives you a good idea of what they did live. Although they never recorded another album, this effort shows them to be a healthy creative unit who have progressed as a group. It would have been nice to get more material from them.
by Paul "Blowfish" Lovell 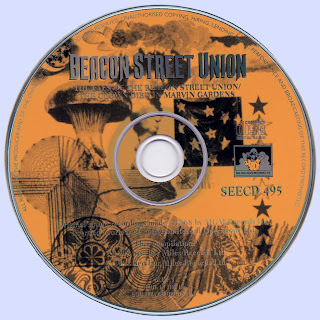 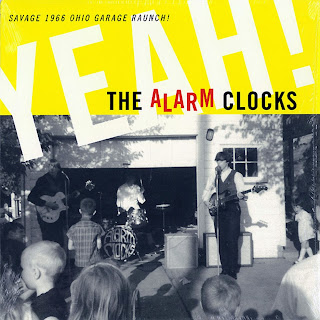 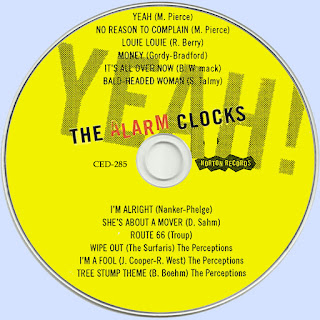 Free Text
Just Paste
Posted by Marios at 9:02 AM 3 comments: