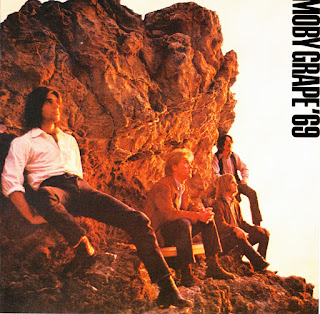 Moby Grape ’69 found the band rebounding after the double album Wow/Grape Jam debacle. Wow is still a great but flawed record that at times recalls Buffalo Springfield’s tension filled Last Time Around. After Wow was completed, Skip Spence exited the band in pursuit of a solo career, releasing the legendary Oar. Spence’s departure was a major blow but like other great American bands of the time who lost key members, the Byrds and Buffalo Springfield, Moby Grape was still brimming with talent and enthusiasm.

While ’69 is not on par with Moby Grape’s self-titled debut, it’s still a great back to basics country rock record. The album only enhances the group’s legend though, including Skip Spence’s final contribution to the band, Seeing. ‘Seeing’ is undoubtedly their finest moment as a band and one of the best pieces of San Fransisco psychedelia ever waxed!

It starts out with Spence’s plaintive, apologetic vocals which give way to a hard rocking bridge with great spiraling acid leads. It’s as deranged as Syd Barrett’s swansong, Jugband Blues, and mandatory listening for anyone interested in 60’s rock. The band also rock hard with successful results on Trucking Man, Hoochie, and Going Nowhere. Trucking Man is almost a sequel of sorts to Fall On You, with some great, fat slingshot guitar riffs that hit you hard. There are also some quiet, country rock moments on the album like the majestic I Am Not Willing and the classic It’s A Beautiful Day. It’s A Beautiful Day is Moby Grape’s Ripple (Grateful Dead), a sparkling, country folk-rock gem that shines with hippy optimism.

Moby Grape ’69 proved that after all the debut related hype settled, the band was still making great music.
by Jason Nardelli 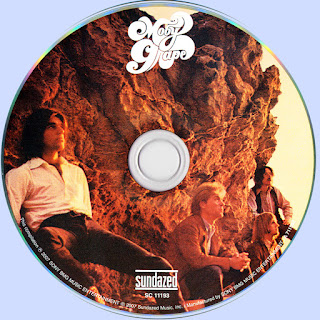 Free Text
Just Paste
Posted by Marios at 7:45 AM 1 comment: