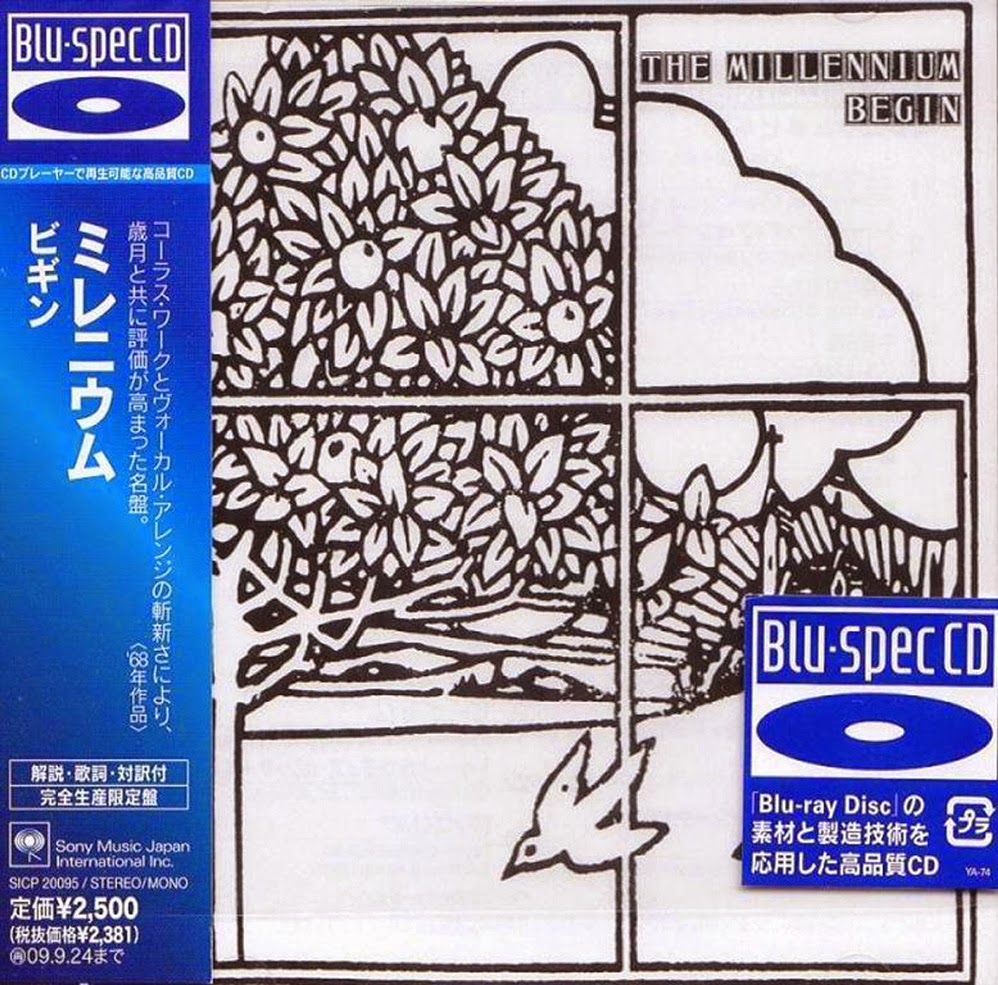 The Millennium's Begin can truly be described as a bona fide lost classic. The brainchild of producers Curt Boettcher and Gary Usher, the group was formed out of the remnants of their previous studio project, Sagittarius, which was preceded by yet another aggregation, the Ballroom.

On Begin, hard rock, breezy ballads, and psychedelia all merge into an absolutely air-tight concept album, easily on the level of other, more widely popular albums from the era such as The Notorious Byrd Brothers, which share not only Usher's production skills, but similarities in concept and construction. The songwriting, mostly by Curt Boettcher, Michael , and Joey Stec is sterling and innovative, never straying into the type of psychedelic overindulgence which marred so many records from this era. For example, "It's You," by Fennelly and Stec, is as powerful and fully realized as the era ever produced, easily on par with songs by the Beach Boys and the Byrds -- and, yes, even the Beatles.

At the time the most expensive album Columbia ever produced (and it sounds like it), Begin is an absolute necessity for any fan of late-'60s psychedelia and a wonderful rediscovery that sounds as vital today as it did the day it was released.
by Matthew Greenwald

The Millennium was the creation of Curt Boettcher, who gathered a handful of California musicians to create a psychedelic rock group with sunshine pop harmonies. Boettcher was from the folk group the GoldeBriars and later The Ballroom which is where he met Sandy Salisbury. Ron Edgar and Doug Rhodes were from The Music Machine which had scored a Top 20 hit with the song "Talk Talk". Lee Mallory was a singer, songwriter and guitarist that had a hit with the cover of the Phil Ochs song "That's The Way It's Going To Be". It was produced by Boettcher and reached #86 on the charts. Joey Stec and Michael Fennelly were singers, songwriters and guitarists that were recruited by Boettcher.

The Millennium recorded one album, "Begin" in 1968. It was highly influential and had some local success with the song, "To Claudia on Thursday" but was commercially unsuccessful. The album was an interesting combination of breezy pop and psychedelic rock. At the time, it was the most expensive record Columbia had ever produced. The song "It's You" become a substantial hit in several regions and "5 AM" became a hit in the Philippines. Before disbanding, the group recorded one follow-up single: "Just About The Same" b/w "Blight," as well as several tracks that were later released on compilation albums.

Boettcher went on to producing and in 1973 released a solo album, "There's An Innocent Face" but it was a commercial failure. In 1979 he had a moderate hit with a 10-minute disco version of the song "Here Comes the Night" by The Beach Boys. He died in 1987 while being treated for a lung infection.

Lee Mallory performed as lead guitarist and a member of the "Tribe" for the first road company of the stage production of Hair. He is the only person known to have served both in the tribe and in the band. He became highly esteemed in San Francisco and The San Francisco Board of Supervisors proclaimed in 2005 that January 10 would be Lee Mallory Day, honoring Lee and all singer-songwriters. He died of liver cancer in March of 2005.

Joey Stec joined the Blues Magoos and after that started the band, The Dependables, and then released a solo album in 1976. In the late 1990s he founded the record label Sonic Past Music which is dedicated to publishing unreleased recordings by classic rock artists.

Sandy Salisbury recorded a solo album, but it was not released until 2001, he worked several jobs before becoming an author of novels and children's literature (under his given name of Graham Salisbury).

Doug Rhodes did studio work for Taj Mahal, The Association and others. He eventually moved to Canada and is a professional piano tuner and piano restorer, as well as playing 1920's style jazz with an orchestra called The Belevedere Broadcasters.

Ron Edgar did studio work for The Association, Bread, Paul Renze and appears on Boettcher's and Salisbury's solo albums. Michael Fennelly would end up in Crabby Appleton.
by Adamus67 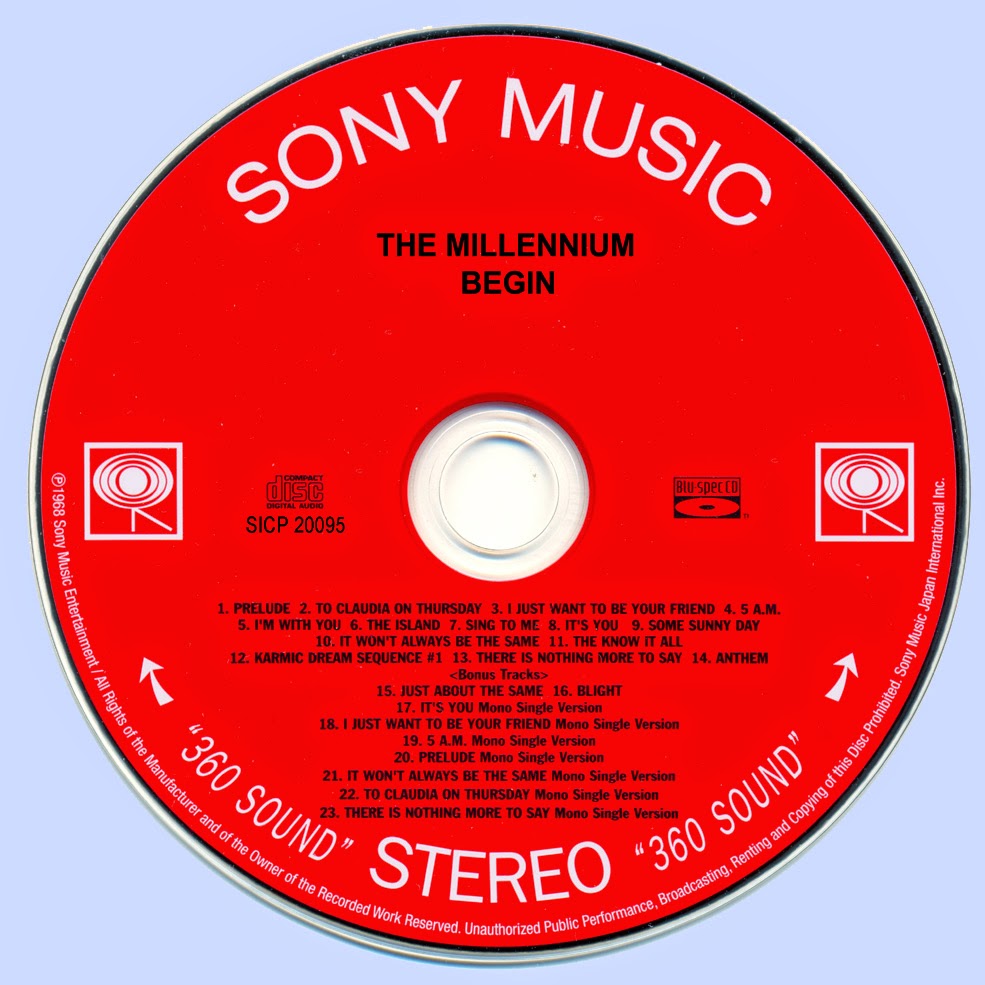 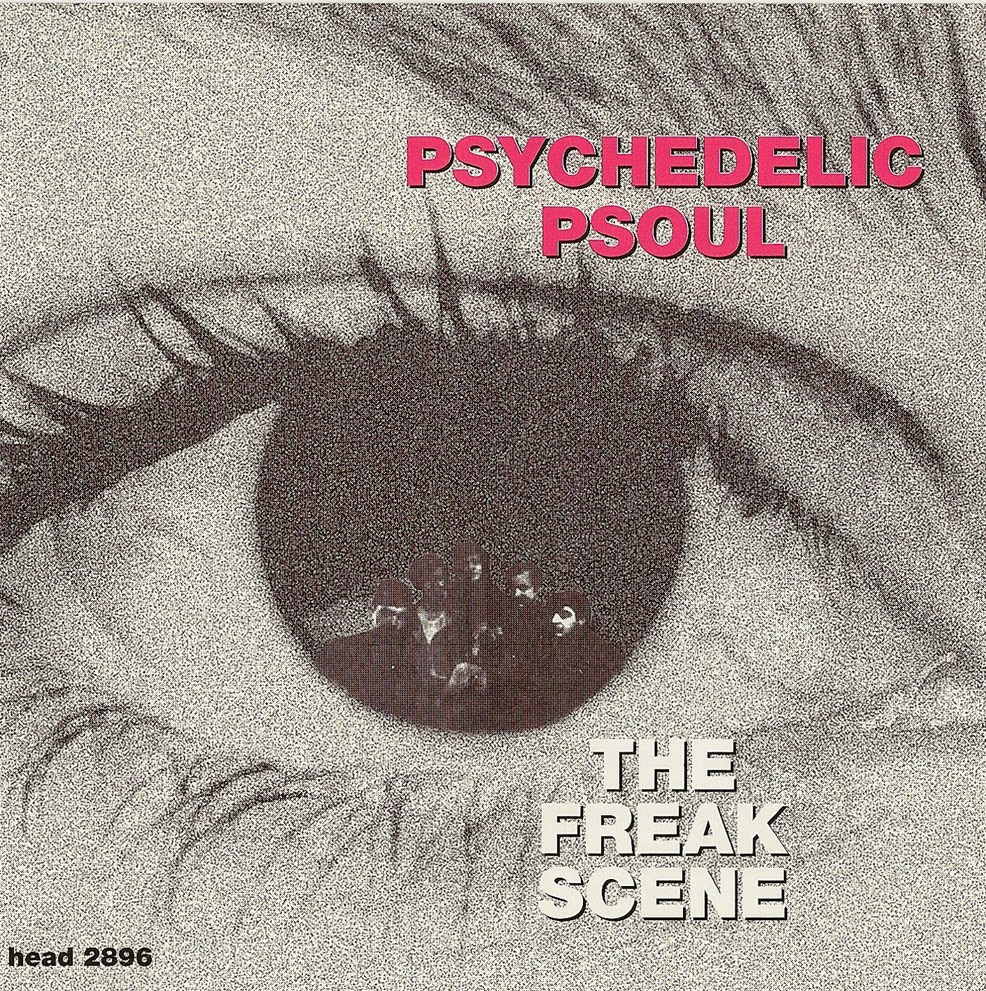 The story of pop music in the 1960s is littered with “bands” that were never truly bands, but were, rather, the creation of record companies and record producers anxious to cash in on prevailing trends. This, too, is the story of The Freak Scene.

The Freak Scene was the creation of Rusty Evans, an ostensible folksinger who’d gotten his start recording rockabilly for Brunswick Records. The Kasentez-Katz of psych-pop, Evans was responsible for several albums by “bands” that were, in actuality, Evans and a group of studio musicians.  The Freak Scene was the second of Evans’ psych-pop groups, following on the heels of The Deep, and featuring many of the same musicians who’d played on the The Deep’s sole album.

Like The Deep, The Freak Scene was credited with one album before Evans lost interest. Psychedelic Psoul, the lone contribution by The Freak Scene, is a fascinating late-60s curio, made up of songs interspersed with spoken word vignettes that address all the hot-button issues of the time – the Vietnam War, civil rights, the plight of hippies. The result is as much art-rock as psych-pop.

Not surprisingly, the spoken word vignettes have not aged well, but several of the songs on Psychedelic Psoul have lasting appeal. “A Million Grains of Sand,” “Rose of Smiling Faces” and “My Rainbow Life”’ bear heavily the Indian influence that dominated the music of the Summer of Love, with their mystical lyrics and swirling strings; however, “My Rainbow Life” suffers from banal lyrics that make it sound more like a soundtrack entry on an acid exploitation flick than a real song. “Behind the Mind,” “The Center of My Soul” and “Mind Bender” bear a striking resemblance to garage-psych on the level of the Electric Prunes (another pre-fab band) or the Strawberry Alarm Clock.

By far the best offering on Psychedelic Psoul is “The Subway Ride Through Inner Space,” which somehow manages to mash-up the stream-of-conscious lyrical quality of Bob Dylan’s “Subterranean Homesick Blues” and any of George Harrison’s sitar-heavy Beatles tracks, all on top of a loping, hypnotic rhythm.

Evans abandoned The Freak Scene after Psychedelic Psoul. Evans worked in A&R for a time, establishing Eastern Productions, which signed both Third Bardo and The Facts of Life, and producing the Nervous Breakdown for Take Six.

Although The Freak Scene was short-lived, Evans wasn’t quite finished with the band’s output; when he re-emerged as a recording artist in 1969 under his given name, Marcus, he recycled “A Million Grains of Sand” as “Grains of Sand,” slowing the tempo, simplifying the instrumentation, and generally going for a more seductive vibe.
by Jeanna (The Rising Storm) 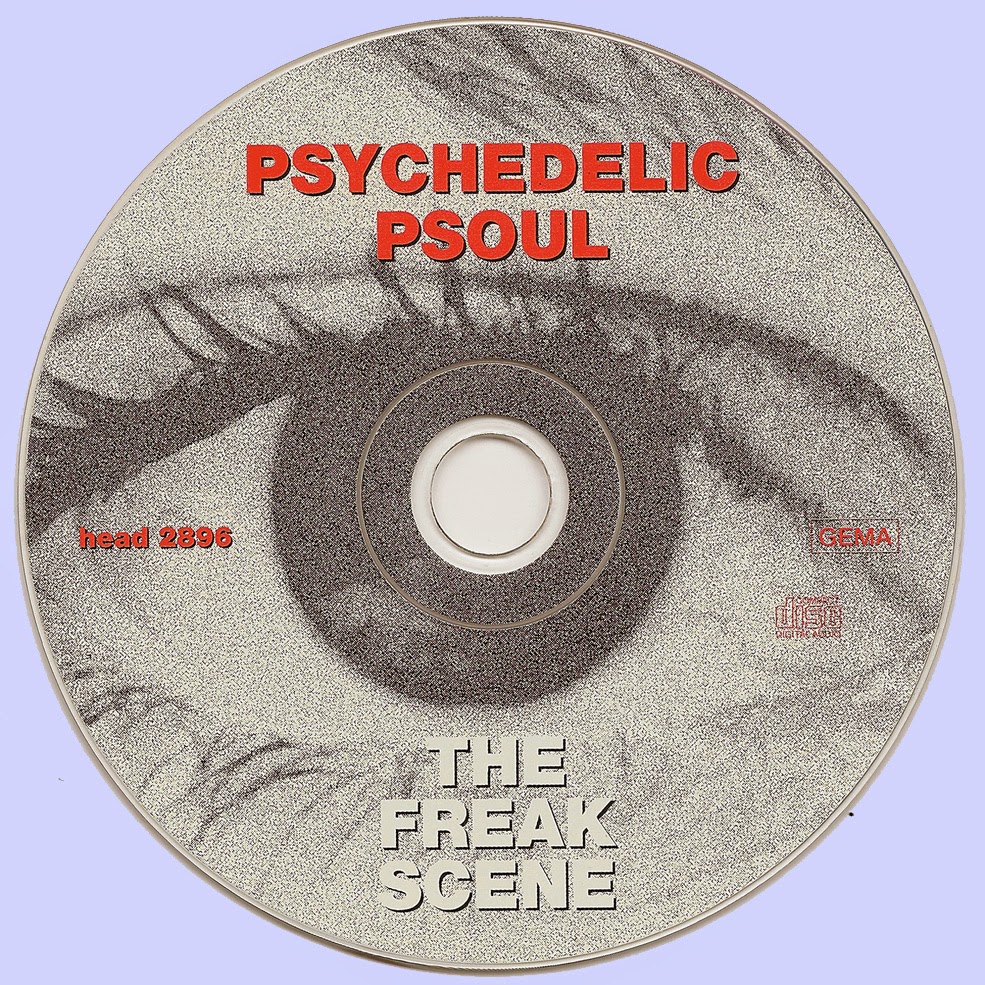