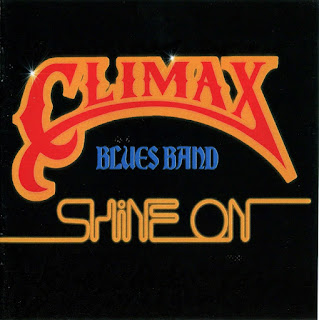 It is 1978 and Climax Blues Band is at the peak of its powers during a happy golden era when rock bands rule. They had hit the charts the previous year with funky single Couldnt Get It Right and they get it right on again with shiny new album Shine On. It features marvellous performances from a classic Climax line up with Peter Haycock at the helm on lead guitar and vocals. Peter is joined by Colin Cooper, the deep toned vocal-meister and superb alto sax player.

They are boosted by a super tight rhythm section comprising Derek Holt (bass) and John Cuffley (drums). Climax romp through eight raunchy tracks, including Makin Love (released as a single and available here as a bonus track) and the stomping boogie Champagne & RocknRoll. A cover of Tony Joe Whites The Gospel Singer comes complete with soulful backing vocalists. 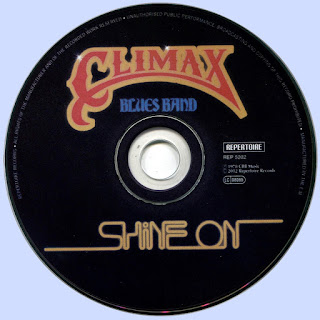 Free Text
Text Host
Posted by Marios at 8:29 AM 1 comment: