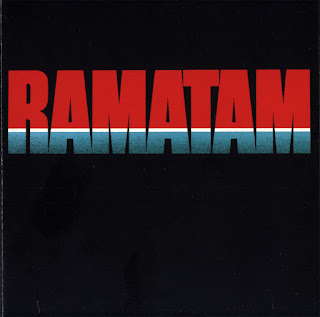 Ramatam's chief claim to fame was in having a female lead guitarist, April Lawton, in the early '70s, especially as she was the only female member of the band. Well, it's not common now (sadly), so try to put yourself back in those days of unrestrained sexism to see how unusual this was. Of course, if you didn't know, you wouldn't know, as she was a competent rock guitarist in an era when you could find a competent rock guitarist on every corner, particularly in the States, where rock had more mainstream appeal than it ever managed in the UK. The rest of the band were far from slackers, too, with vocalist/guitarist Mike Pinera from Blues Image and Manna (both Chamberlin users) and none other than Mitch Mitchell on drums, the longest-surviving member of the Experience.

Ramatam is an album of unrestrained heavy rock. Or is it? A couple of ballads are quite normal on this kind of album, but a brass-fuelled soul feel, as on Wayso, isn't, so maybe they were less 'standard' than you might think. It features the most unbelievable lyrics, mind; well, titles like Whiskey Place and Wild Like Wine tell their own story, I think. OK, it was 1972 and lyrical erudition was pretty thin on the ground, certainly in red-blooded rock circles; it's not as if anything's improved, is it? Tommy Sullivan guests on Mellotron on two tracks, with grungy, almost distorted strings on the rocking Ask Brother Ask and cleaner, higher ones on the surprisingly funky Wild Like Wine, but, as with so many others, nothing you can't live without.

So; unless you're very into third-division early '70s US hard rock, you probably won't be that fussed about Ramatam, although it does have its moments. I've heard a lot worse, but then, I've also heard much better, and if your resources are limited (and whose aren't?), you may wish to direct your hard-earned somewhere else. I suspect the usual maxim applies: 'pick it up if you see it cheap'.
Planet-Mellotron 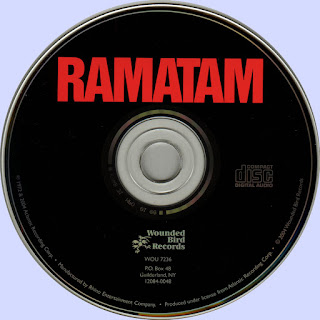 Free Text
Text Host
Posted by Marios at 4:43 AM 3 comments: