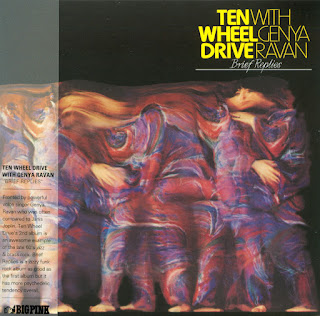 Quoting Damon Runyon on both the back cover and inside the gatefold, Brief Replies warns "Do not sweet-talk me sweet-talker, for I am no stranger...." Music that was too literate for the time, the second album from Ten Wheel Drive emerged as Jimi Hendrix and Janis Joplin were making their exits in 1970. "Pulse" was intended to be the opening track, and it would have been a great one, but despite being listed that way on the back cover, it is actually the third band on the vinyl's first side, and is evidence that sequencing is so key. "Morning Much Better" opens the album without the sledgehammer blues of this Genya Ravan/Michael Zager funk-rock dirge. It is explosive without the Top 40 appeal of Blood, Sweat & Tears. Going further down the road of complete artistry, "Come Live with Me" pulls away from the big-band sound, leaving the authors -- Genya Ravan on a wailing harp and voice along with co-writerAram Schefrin's guitar.

The thing about Ten Wheel Drive is their defiance toward what was considered conventional at the time. Each song on all three of their long-players, those on the 1969 debut Construction, and the polished gems from 1971's effort with Alice in Wonderland cartoons on the cover, Peculiar Friends (are better than no friends at all) break down barriers and stretch the formats of the day. They reached their pinnacle with a cover of the Jerry Ragovoy/George David Weiss masterpiece, "Stay with Me." Janis Joplin's last producer, the late Paul Rothchild -- who created many a Doors album, had Bette Midler sing in the film The Rose what Genya Ravan gave birth to here. But it is Ravan's harp and dynamic and soulful performance which puts the tune over the top. The compact, radio-friendly tour de force is a departure from the lengthier jams like "How Long Before I'm Gone." Though they change moods enough within a tune like this before veering off into the scribblings which made Chicago Transit Authority such a labor, it was still too progressive for rock audiences who were driven by the Top 40 single. That Clive Davis could edit Ragovoy's "Piece of My Heart" on behalf of Big Brother & the Holding Company was one of the reasons Big Brother's album (and single) charted so high.

When Ravan left TWD for her solo outings, including one on Columbia with Davis as president, that too failed to generate the excitement a talent like Genya Ravan deserved then, as she does now. "Last of the Line" shows her chameleon-like skills, and those of the band as well. She started as one of the pioneers of the girl group sound in the '60s reinvented herself in this experimental pop/jazz unit, and went on to put out solid rock & roll solo albums in the '80s. Had the songwriting duo of Michael Zager and Aram Schefrin continued working with Ravan, she would have a body of work that would be impressive, and they would no doubt be household names. There is every indication of that here, especially on "Last of the Line," perhaps the most commercial of Zager and Schefrin's tunes. A classy hook about a ramblin' gal..."the last branch of the tree/which will die with me/I'm the last of the line." The instrumental "Interlude: A View of Soft" concludes this special album with Ravan's voice used as an instrument, as accurate as David Liebman's flute and sax. Powerful music that should have been stretched out over 25 or so albums.
by Joe Viglione 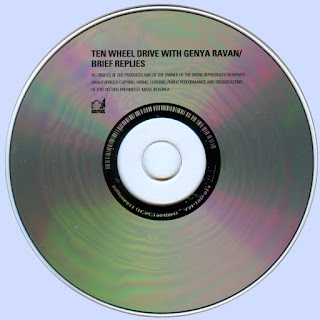