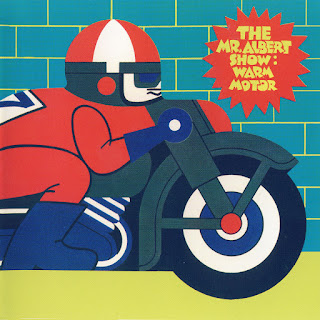 During the weekend of August 30th to 31st, 1969, a number of musicians from various bands active in the region of Eindhoven, The Netherlands, performed in a club in Mannheim, Germany. Some of the band members from "Moses and the Scouts" and "Dirty Underwear" discovered that they had much in common in terms of musical ideas and decided to form a new band - with Broer Bogaart drums and congas, Tom Fautubun bass, Eric Lintermans guitar, Bonki Bongaerts organ, Bertus Borgers saxophone and vocals and Inez and Moses performing as extra solo vocalists.

After some rehearsals, and on the way to the first gig, there wasn't a name yet for the new band. To tease the shy roadie, Albert, it was decided to call the band "The Mr. Albert Show" and despite Albert's protests, the name was never changed. After recording the new written repertoire on a cassette, Bertus and Moses hitched a ride to the Red Bullet record company. Willem van Kooten, the big boss, immediately decided to offer the band a four-year record contract, which the band members signed without any hesitation.

In 1971, the second LP, "Warm Motor", which was also produced by Peter Koelewijn, was released and perfectly reflected the band at that time. However, Red Bullet was unable to lift a single from the LP, as the songs were too long, the band no longer had a female vocalist and the music was too freaky. The band was focussing on the new trends of the time and exploring music from around the whole world, i.e. Jazz, Underground, African, Indian and much more. We wanted to be actively involved in the cultural and social developments that were actually taking place and coming up with appropriate singles wasn't exactly part of our daily interests.

As a result, the first signs of friction arose between the band and the record company. As a compromise, additional recordings were made in order to be able to release a single, e.g. "Show Me Your Tongue", but in 1972, we broke all ties with Red Bullet. We continued to play, but still had two years remaining on our contract, rendering the band members unable to sign up with another record company. We decided to go our own separate way and on September 29th, 1973, The Mr. Albert Show gave their last performance at "de Effenaar" in Eindhoven, The Netherlands.
by Bertus Borgers, November 2002 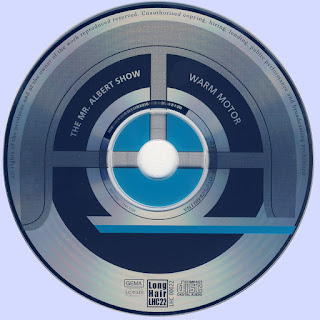