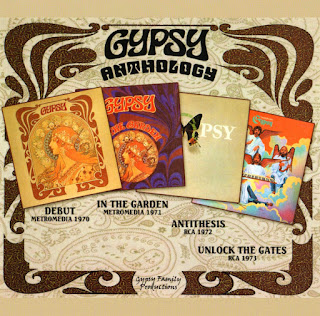 Gypsy was a American progressive rock band from Minnesota, formed as The Underbeats (1962–1968). Gypsy was the house band at the Whisky a Go Go, West Hollywood, California for about eight months from September 1969 to 1970 and were known in 1970 for their US Billboard Hot 100 single "Gypsy Queen Part 1 and 2". Most of Gypsy's music was composed and written by guitarist and singer Enrico Rosenbaum. Drummer Bill Lordan went on to playwith Sly & the Family Stone and a long career with Robin Trower. Keyboardist James Walsh continued the band in variousincarnations as The James Walsh Gypsy Band. The group has no relation to the British band of the same name formed in 1968, who recorded two albums for United Artists Records in the UK.
Without much success Gypsy faded into obscurity as members left, they released their third Antithesis in 1972 and their fourth Unlock the Gates 1973, with Antithesis capturing some of the old sound but with Unlock the Gates the sound changes were set in place and a new entity called James Walsh Gypsy Band evolved which followed the Unlock the Gates sound and never caught on. 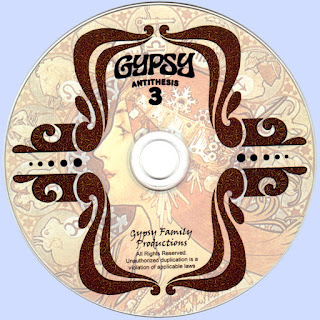 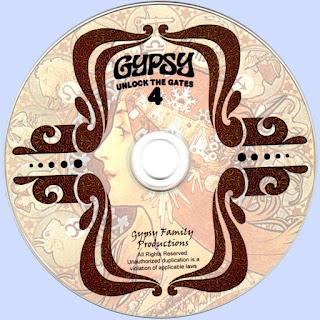