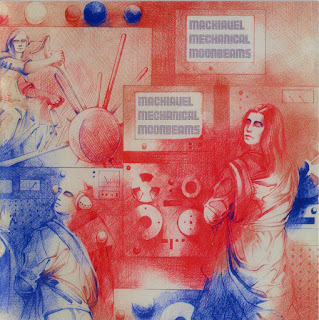 Machiavel can be considered as one of the best Belgian progressive rock bands ever. Concerning prog rock you could say that Machiavel had the same significance for Belgium as PFM had for Italy. Nowadays, they're still active and occasionally they perform their music live on stage. Machiavel were formed in 1976 by Roland De Greef (bass) and Marc Ysaye (drums, vocals) who at the time played in a group called Moby Dick with Jack Roskam (guitar) and Albert Letecheur (keyboards). Their first eponymous album released in 1976 draw some attention with the song Cheerlessness. In those days the band's trademarks were the high-pitched voice of Marc Ysaye and the upfront keyboard sound of Albert Letecheur. Their debut was rather promising so expectations ran high for the next recordings.
Shortly after the debut Jack Roskam was replaced by Jean-Paul Devaux and Mario Guccio joined the group as their lead singer. It seemed as if all things had fallen in place now which was confirmed by the second release Jester (1977). The music on Jester contained strong influences of bands like Genesis, Supertramp and Yes. With the next album Mechanical Moonbeams (1978), they showed that they belonged to the top of the European progressive rock; they even became rock stars in their homeland.
Mechanical Moonbeams contains two bonus tracks as well, but they fit much better to the rest of the music. Wind Of Life is a great ballad with fine Mellotron-choirs. It was derived from a compilation called Sprouts (1981). I'm Not A Loser is a demo recorded at home in 1978. The song is strongly related to the rest of the recorded material. You can hear that it's a demo, because the keyboards don't dominate the song that much as on most of the album tracks. The seven tracks on Mechanical Moonbeams are in the same musical style as the songs on Jester : strong keyboard parts and great emotional vocals. Some people considered this album to be better than its predecessor, maybe due to the presence of the hit single Rope Dancer. This is a great ballad with superb Mellotron-choirs; it's difficult to believe that such a piece of progressive rock could become a hit in Belgium. Both albums by Machiavel prove that great progressive rock music in those days wasn't created only in Great Britain or the USA. European bands as Grobschnitt, PFM, Ange, Focus and Machiavel showed they also could throw devotees of prog rock into ecstasies.
I think, people who listen to Jester and Mechanical Moonbeams for the first time will agree that both albums belong to the cream of the crop of progressive rock music. The albums equal the same musical level as Photos Of Ghosts (1973) and The World Became The World (1974) recorded by PFM in the seventies. Although both albums are still hidden treasures for many people I have always considered them to be true masterpieces and thus - after all these years - they still deserve the full five-star rating.
by Henri Strik (edited by Peter Willemsen) 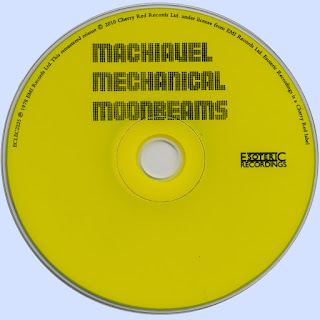