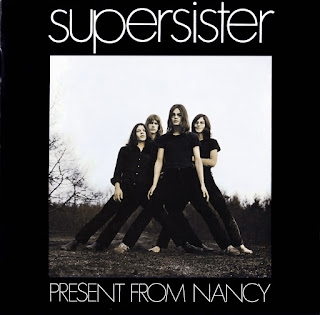 There are few bands who have managed to record such a strong, fully developed first album after only two years of existence. Supersister's debut effort remains one of Holland's best progressive rock albums and a classic of the genre worldwide, even though the group garnered only fringe interest outside of Europe. All the elements of the group's sound are already firmly in place: Sacha VanGeest's soothing flute lines, Robert Jan Stips' far-out keyboard sounds, and the group's wacky humor.

The recipe has yet to reach its full, unique potential -- one too easily detects specific influences, mostly that of Soft Machine (the fuzz bass in "Metamorphosis"), Caravan ("Memories Are New" and the multi-part, suite-like structure of some songs), and the Mothers of Invention (the comic relief 90 seconds of "Corporation Combo Boys," concluding with the following lyric sung in four-part harmony: "We listen with attention to the Mothers of Invention").

The title track is the jazziest song of the set and features one of VanGeest's most memorable flute lines. "Memories Are New" and "Metamorphosis" are both Canterbury-esque prog rockers, with Dave Sinclair-like organ sounds, complex rhythms, and dry English humor. One thinks of Egg's first album or Caravan circa If I Could Do It All Over Again.... With its choral organ/vibes theme, "Dona Nobis Pacem" illustrates a more classically inclined side of the band. After the raucous experiments and craziness of the previous tracks, this delicate, carefully built piece can seem slightly out of character -- at least until Stips breaks out into a circus-like calliope motive, reaffirming one last time that Supersister shall be known for their serious lack of seriousness.
by François Couture 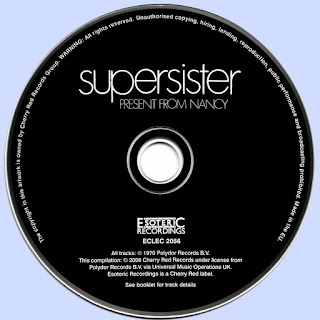