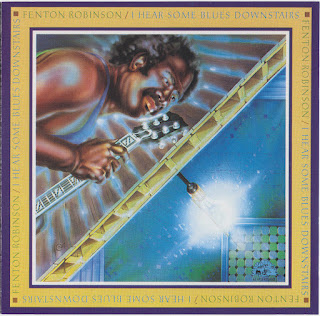 Fenton Robinson was heralded as one of the most progressive guitarists in Chicago as well as one of the true intellectuals on the scene–a Tolstoy and Kafka reader also known as ‘The Mellow Blues Genius.’ He was one of the first acts to be signed to Alligator Records, and his considerable talents as a singer, instrumentalist, and songwriter were well showcased on his second album for the label.
"I Hear Some Blues Downstairs", which in addition to the catchy title track also includes a remake of the classic ‘As the Years Go Passing By,’ which Robinson recorded in its original version for Duke Records in 1959. Sidemen on the album included Bill Heid, Steve Ditzell, Larry Exum, and Ashward Gates, with a horns arranged by one of Chicago’s other most advanced guitarists, Reggie Boyd. 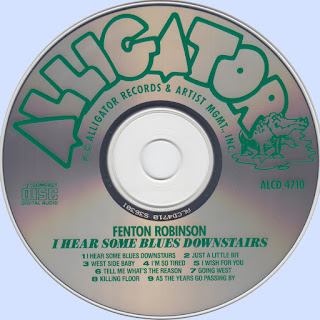