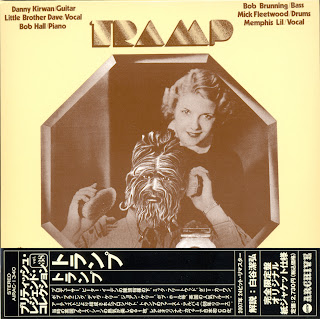 This was a great assembly of Fleetwood Mac alumni Bob Brunning on bass, Danny Kirwan on guitar and Mick Fleetwood on drums and they are rounded out nicely by Brunning's long time partner in crime Bob Hall on piano and Dave & Jo Ann Kelly on vocals (though under fake names due to legal reasons). Inspired playing and material set this platter alight.

The rocking galloper "Own up" gets us started on perfect footing with Dave and Jo Ann dueling it out on lead vocals while Kirwan's rough guitar keeps the energy going along with great drum fills by Fleetwood and Bruns holds up his end well, a real highlight. Other rocking moments are Danny's guitar instrumental spotlight called "Hard work" which is a fierce shuffle and Bob Hall has some of his most meaningful ivory licks added to this one. This is probably the longest Kirwan has soloed on his own on record to date though the slow "Street walking blues" often gets overlooked in this regard as Kirwan solos for well over a full minute towards the end of the track here and it's a gut wrencher that keeps you begging for more.

If I have any complaint about this record, it's just that the late great Jo Ann Kelly is perhaps under used here as though she does a great job as mentioned on the opening cut, it sounds like she's really only on two other tracks here which are the great mopey classic blueser "Baby what you want me to do" handled perfectly here by all concerned and the catchy slight chunky funk of "On the scene" though again, accompanied by "little brother Dave". This turns out to be a minor quibble though as Dave lays down some great vocals on the rest of the tracks.

The light plinky shuffle of "Same old thing", the effective stroll of "What you gonna do when the road comes through", the piano led boogie of "Somebody watching me", a piano and vocal only moaner called "Too late now", another piano led ballad called "Month of Sundays" (though it also includes a finger snapping jazz feel with Danny's delicate guitar strums keeping it successfully in this vein) and the well put together closing sing a long "Another day".

These explanations I have attempted to give here hardly do justice to the great sound this group have put out for us here as I find it a mix of blues and rock that is not bettered in many other albums if any. Also impressive is that Brunning is credited with co writing all tracks here except the Kirwan guitar work out discussed above and the great straight ahead blues highlight here "Baby what you want me to do" and I would say this album would rank as a highlight in the respective discography of all 3 Mac members here to date.
by John Fitzgerald 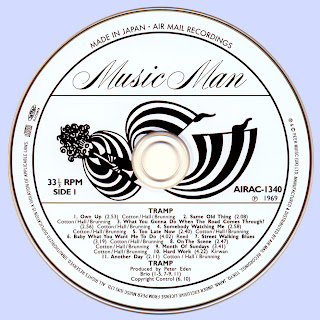