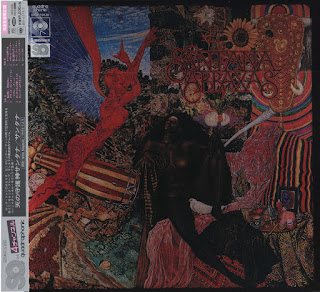 Carlos Santana is one of the three new guitarists who border on B. B. King's cleanliness. His only two contemporaries are Eric Clapton and Michael Bloomfield, but Santana is playing Latin music and there are no other Latin bands using lead guitars. The paradoxical thing about Santana has been their acceptance by a teenybop audience that digs Grand Funk and Ten Years After when they should be enjoyed by people who are into Chicago and John Mayall.
The heart of Santana is organist Gregg Roli and bassist Dave Brown, who hold the rhythm together over which the percussion unit can jam and bounce. Timbales, congas (Puerto Rican) and drums take off on Brown's rhythm and then Santana himself comes in to make his statements on lead guitar.
Carlos Santana is a Chicano and he loves the guitar, which has always been used heavily in Mexican music. He has perfected a style associated with blues and cool jazz and crossed it with Latin music. It works well, because the band is one of the tightest units ever to walk into a recording studio. Of white bands, only Chicago can equal their percussion, but Chicago is held together by horns, while Santana is held together by timbales and congas.
"Oye Como Va" is the highlight of the album. It's only weakness is that Roli's fine organ has been mixed too low. This is a different trip for Santana, much more into the styles of the younger Puerto Rican musicians in New York, like Orchestra DJ and Ray Olan, and farther from the Sly trip that dominated their first album. Unless you really dig Latin music or some of the middle period work of Herbie Mann and the Jazz Messengers, you may not enjoy this cut or the album at all.
Abraxas is one of the new independent productions for Columbia done at Wally Heider's studio, and bass player Dave Brown did much of the engineering. The album he has helped to come up with may lose Santana some of their younger audience, but is bound to win them respect from people interested in Latin jazz music. On Abraxas, Santana is a popularized Mono Santamaria and they might do for Latin music what Chuck Berry did for the blues.
The major Latin bands in this country gig for $100 a night, and when you see them, you can't sit still. If Santana can reach the pop audience with Abraxas, then perhaps there will be room for the old masters like La Lupe and Puente to work it on out at the ballrooms. But for now, Abraxas is a total boogie and the music is right from start to finish.
by Jim Nash, Dec 24, 1970 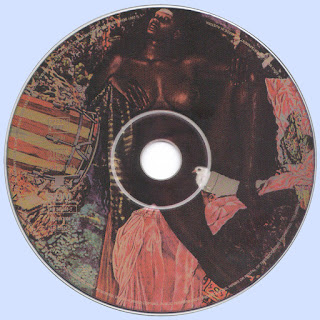