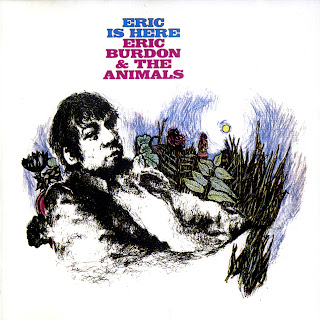 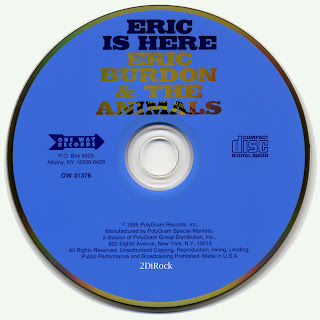 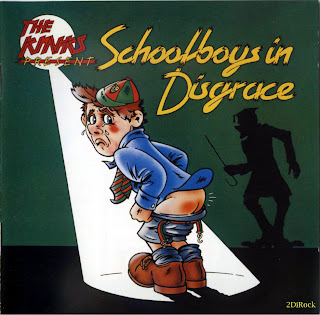 If one were to simplify the old guard of British rock & roll by drawing a straight line, left to right, between the angelic Beatles and the demonic Rolling Stones, one would probably place the Who slightly to the left of the Stones and the Kinks a couple of notches to the right of the Beatles but well to the left of Townshend and Company. Ray Davies may display a full share of Dionysian darkness and disorder at times, but his craziness is usually admirable and engaging, and the Kinks, if idiosyncratic, are essentially lovable.

Perhaps never more so than on Schoolboys in Disgrace, probably their best LP since Everybody's in Showbiz and a welcome relief from the ambitious but tired Preservation Act opus. Since Davies seems curiously committed to the concept album (the disappointing Soap Opera was the last), the least one can ask is that he pull it off without having to shore up his exposition by using aesthetically weak material. Schoolboys is a bit thin in spots — "Education" sounds like longwinded filler; "No More Looking Back" is no "Waterloo Sunset" — but it boasts at least one major song ("Headmaster") and several highly enjoyable minor ones, many of them composed and performed in delightful full-throttle, neo-Fifties and Sixties rock & roll styles. The story, according to a red-herring liner note, recounts the formative years of Mr. Flash of Preservation Act fame, ostensibly letting us in on why he became such "a hard and bitter character ... [who] in future ... would always get what he wanted." In actuality, most of the record is lovingly, even sentimentally, nostalgic ("Schooldays were the happiest days of your life/ ... And I'd go back if I could only find a way") and even the bad times don't seem to have left any permanent damage.

The bad times include a (possibly) blameless romantic misadventure with a ravishing Lolita ("It wasn't lust, it wasn't rape/It was just a mistake") and a traumatic caning by the cruel headmaster. "I'm in Disgrace" is a terrific rock & roll song about erotic confusion and shame, and the musically wonderful "Headmaster" rises to true desperation with its final sexual imagery of cane and bare ass: "Don't tell all my friends I bent over/ ... Don't make me take my trousers down." After the beating, however, Schoolboys reverts quickly to its basic comic structure, reestablishing the tone which has been set by such sunny parodies as "Jack the Idiot Dunce" and "The First Time We Fall in Love." Vocally, Davies sounds like he's putting on even the Band in parts of "Schooldays" and "The Last Assembly."

Because it does not really try very hard to hit a seriocomic home run, Schoolboys in Disgrace isn't one of the Kinks' great albums. But the fact that its limited intentions are often exceeded by the sheer talent of its creators happily proves that this band from Muswell Hill is still a vital force in contemporary rock & roll.
by Paul Nelson, March 11, 1976 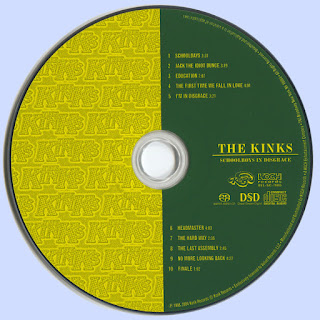 Free Text
the Free Text
Posted by Marios at 8:40 AM 1 comment: