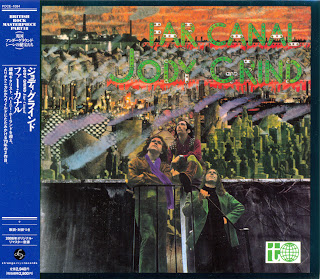 Hinkley’s finest moment came with the second Jody Grind album Far Canal, launched in June 1970 next to Pete Gavin and future Hummingbird guitarist Bernie Holland who had started out in the early days with Bluesology, Patto and Ferris Wheel.The classical motif intro “We’ve Had It” spirals like a magician into some ejaculated riffs that make you realise this is no ordinary group. You have to hear the live track “Plastic Shit” recorded at the Roundhouse to understand the capabilities of this nuclear force.

The lengthy workout on the instrumental “Red Worms And Lice” with Bernie’s guitar spurting like hot mercury balanced with the jazzy ”Ballad For Bridget” were astounding. Peter Gavin joined Heads, Hands & Feet and Vinegar Joe while Tim played sessions with Al Stewart, Snafu and Alvin Lee. Bernie Holland went on to play with Van Morrison.
by Shiloh Noone 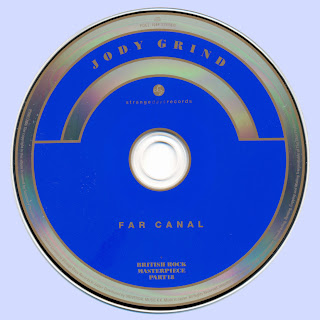