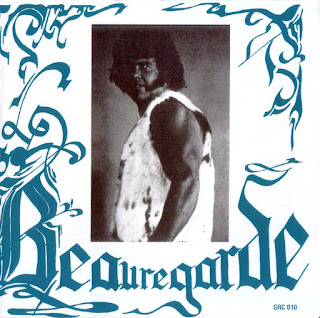 Beauregarde was a Portland based professional wrestler who (by the sounds of it) totally kicked ass. For a start he used to ride a Harley motorcycle into the wrestling ring. Secondly, he sort of looks like a weird cross between Andre the Giant and Neil Young and on top of that he had his own band!!! This album was recorded in a day way back in the early 70's with Beauregarde's band that featured a 17 year old Greg Sage who would later go to own in The Wipers. The other cool thing about this record is that it's practically a soul record that doesn't mention wrestling at any point throughout. Musically this is a laid back homage to James Brown and Neil Young in equal measures with the heady mix of hammond organ and crazy horse style backing makes for a decent listen.

Lyrically Beauregarde is full of naive charm and commonly brings a smile to my face. I'm quite taken by this record. He sings about the atrocities of war, burnt out rockstars, race relations and what it means to have soul. At times he's got a Neil Young tone, at others times he's not far from Ian Svenonious! Off course, your attention will inevitably be drawn to Greg's badass guitar playing. This guys got blues, soul, R&B, psych and good old Jimi Hendrix style licks totally nailed.
Norman-Recs 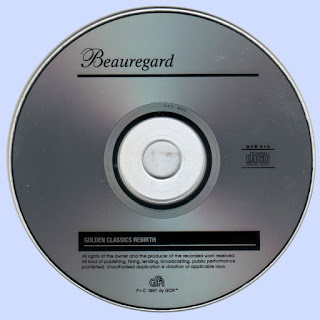