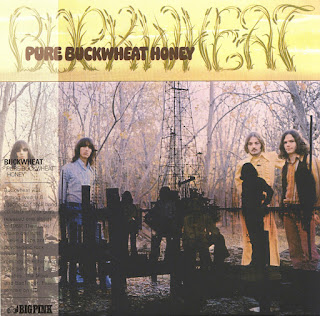 California-based outfit that came along a couple of years after this band. Singer/guitarist/keyboardist Timothy Harrison Dulaine had spent time in New York City as a member of the band Clouds and working as a solo act.  He'd also attracted a friend/mentor in the form of A&R man/producer Robert Margouleff.  In 1968 he decided to form a band, bassist Charlie Bell, drummer Danny Casey, and lead guitarist John Govro.  Dulaine had played with Casey in Clouds, and he'd worked with bassist Bell in The Raggamuffins.  As Buckwheat the band's first big break came when they were hired as the house band at New York's famed Cafe Wha.  The resulting publicity attracted the attention of  Jeffrey Katz and Jerry Kasenetz's Buddah Records-affiliated Super K label which quickly signed them to a recording deal.
Recorded at New York's Broadway Recording Studios with Margouleff producing, this really fantastic record from this completely obscure group – one of those lost treasures that slipped through the cracks of record company mishandling, but which really deserves to be discovered after all these many years! Buckwheat are an American group, but clearly draw some inspiration from the phrasing of British groups, and maybe a dash of Sgt Pepper music hall mixed with more psychedelic instrumentation – all handled here by the arrangements of John Corigliano, who you may well know from later fame in more serious music! Here, though, Corigliano does a great job of opening up the whimsy of the group's tunes, and coloring in the lyrics with this really wonderfully wide array of instrumentation, at a level that's way more than you might expect for a lost record like this. Titles include "Goodbye Mr Applegate", "Mr Simms Collector Man", "Yes", "Radio", "The Albert Hotel", "The Poor Widow & Her Gypsy Band", and "Wonderful Day".
for more information and details here: Tim Dulaine 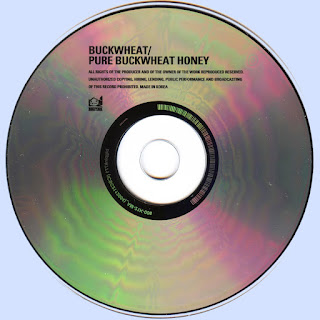