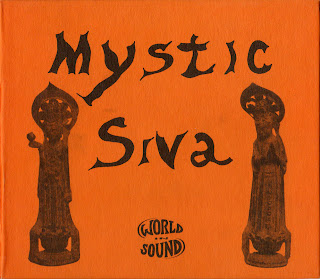 Mystic Siva LP(privately pressed) is one of the most sought-after artifacts in the whole psychedelic rock arena! But back in 1970 Mystic Siva were just a bunch of Detroit teenagers messing around in their parents garage with a Hammond B3 organ and a wah wah pedal. Little did they know that that original copies of this album would one day change hands for thousands of dollars!

Tripped out fluid guitar and rippling keyboards envelop mystical acid lyrics. This legendary US '60s psych monster that under the right influences will destroy your head! Finally from the master tapes! Be blown away by the mind bending power of "Supernatural Mind" in a previously unheard clarity and is rare as hell.

Beyond these influences, it exudes a genuine originality and freshness palpable, the sound despite a touch amateur nevertheless something modern and besides if you back to the style of ...Do not believe as long as it is basically the draft: no, the beautiful parts of an organs that plays both the rhythmic, atmospheric solo and magnificent solos wha wha guitars are rather well developed and this is especially the battery enough suffering, just as the song catches up but it is by his side very deliberate. It seems to me that this album was recorded in one day, without doubt giving it a charming side "live". Finally, the group name and the garish orange cover with collage Hindu deities gives the object an unusual dimension worship?

We're talking about Mystic Siva, a group of Detroit in 1970 published one of the darkest album and searched for American psychedelia eaters. Imagining hallucinate Mark Heckert(14 years) playing his organ HammondB3 the inevitable influence of the first album by The Doors, to Thienel Art (15) setting the standard of musical development with its low bass, Al Tozzi (15) guitar tapping that way and shaping great psychedelic solos and Dave Mascarin (15 years) playing drums, singing, writing songs and coming up with all the graphic design the LP.

I can not understand how some kids his age were able to conceive a work of such magnitude that begins with the powerful 'Keeper Of The Keys', a topic that we trace where the shots go, with a strong base of organ, bass and drums, and the powerful solo Tozzi that seems endless. And lasts and lasts ... and I love ... wish it would not end. While other guitar creating overlaps below some interesting musical textures. And Mascarin ... that voice does not seem that of a 15 year old guy.

And the psychedelic we dive 'And When You Go', a quiet theme dominated by organ, guitar and a quiet voice Mascarin nostalgic. Quiet and relaxing, remembering what we did the two before she left which evokes serious "Thank you" Led Zeppelin 2.

And as usual we return to the party with 'Eyes Have Seen Me', whose powerful and catchy riff already part of my life. This time with the help Mascarin sings the chorus in a sentence and the ever present based organ-guitar-bass-drums. But here Tozzi guitar uses a more acidic, more in line with lysergic sounds Californians funky and splashed with bright guitar solos.

While reciting Mascarin things about her band plays and plays ... and recorded the entire album in one day. Upon completion of the subject suddenly entered the world with... 'Come On Closer'. No doubt Jim Morrison and his family are present in this excellent composition blues dyes that takes us to Venice Beach three years ago, when Jim & Cia released their powerful debut album. It is in details like 'Come On Closer' when it is clear the influence of a great band.

By the way, sublime finish. 'Sunshine Is Too Long' is a curious and beautiful percussion rhythm from the guitar and organs. Tozzi shines again, but now with less volume than the other times, with a single house brand. I do not know but that rhythm guitar with Jimi Hendrix reminds ... And we come to one of the high points on the album!

'Spinning A Spell', a lysergic composition acquires more power as they passed the minutes with its superb parts, saturated his guitar, his outbursts and volutes psyches. . The Doors, The Doors again ... but this time with the inclusion of a guitar solo, entering devastating, as an ax splitting a piece of wood. A single heavy psychedelia, that is. Great theme to close the first side of the album. 'Supernatural Mind' and gloomy start, and then lead to a sonic as pleasant.

The ogan Hammond Heckert does not stop, not for ... And in the chorus Mascarin pacesetter for Tozzi between overwhelming, devastating, devastating. I'm on my knees now to idolize it sounds: psychedelic, psychedelia and more psychedelic. Undoubtedly one of the best cuts on the plate.

'Find Out Why' is another quiet and melancholy theme to lie on the couch and remember those wonderful years. A bit of softness is not bad, listening organ development and interventions that support melody.

'Magic Luv', a real bomb with his crazy garage.. Mascarin comes out, like their colleagues. I shudder when I hear the skin macabre chorus, to make way for a blueseros acids and guitar riffs. Hypnotic and amazing subject.  'Touch The Sky' begins with a nice rhythm that leads to another one of Tozzi, this time also less volume, so we can appreciate the work of other musicians more clearly.

Album ends with one of the most developed compositions instrumentally: 'In A Room' The intro of the song is wild and improvised and really prepares us for what will come after, a cry of Mascarin resulting in something like a duck (maybe heard something Syd Barrett before), and then recite and recite with a strong foundation rhythmic background. To emphasize the perpetual Heckert organ in conjunction with Tozzi guitar. But let's not forget Thienel and low, that throughout the two instruments clothes disco star. And now howls ... Syd Barrett is present ... who are you?! Dismal end to a sublime album.
by Adamus67 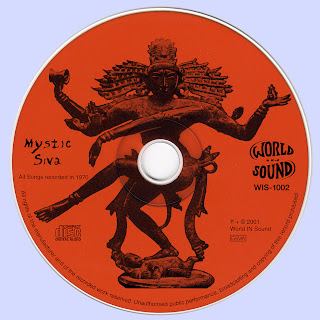 Free Text
Just Paste
Posted by Marios at 5:30 AM 4 comments: