NRBQ - NRBQ (1969 us, tossing bits and pieces of genres into the blender and then rocking it up good, 2018 remaster) 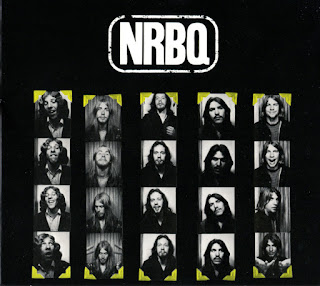 Fifty years later, NRBQ’s eponymous debut remains a remarkable feat even now. A stunningly ambitious blend of styles and sounds, it comes across as an amazingly adventurous, exploratory mix tape that was far beyond any kind of expectation in 1969 and remains so even now. A remarkable record for the time — and all times really NRBQ can still b e viewed as a dazzling achievement, an example of complete creative control taken to its most unexpected extremes.
Never before re-released, the wait was well worth it. The band seamlessly shift from one genre to another, segueing effortlessly from a loose and limber take on Eddie Cochran’s “C’mon Everybody” to the avante garde expressionism of Sun Ra and Carla Bley (as represented by “Rocket 9 and “Ida,” respectively). That’s only the beginning, as the group veer from an otherwise orthodox version of Bruce Chanel’s classic “Hey! Baby” to the abnormally indescribable closer, “Stay With Me.”
Despite this eclectic overreach, the group take their task in stride. Recorded all in one take, they opt for spontaneity and it shows. NRBQ is indeed a bold statement, one that makes any attempt at categorization wholly superfluous.  With the releases of last year’s Happy Talk EP and the sprawling five disc retrospective High Noon it’s clear that legacy continues.
by Lee Zimmerman 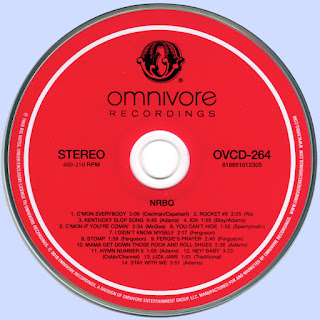