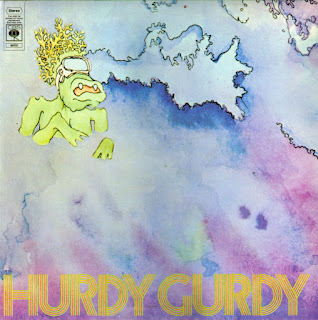 Top quality Danish psych prog from 1971 with English vocals. Ranges from powerful guitar driven tracks through to Sitar drenched chill out's. Of it's type, one of the best Scandinavian albums of the '70s and originally on a major label!.
Hurdy Gurdy emerged from the Danish group Peter Belli and the Boom Boom Brothers (aka The B.B. Brothers) in June 1967, when three members of the B.B. Brothers, guitarist Claus Bøhling, drummer Jens Otzen and British vocalist and bassist Mac MacLeod formed the power trio HUrdy Gurdy. Inspired by Cream but with more psychedelic leanings, they split from Peter Belli and MacLeod named the band ‘Hurdy Gurdy’.
Otzen and Bøhling had to return to Denmark shortly after those recordings, as they were unable to secure work permits from the Musician's Union. A new bassist (Torben Forne) was recruited to replace MacLeod, and in the early 1971 they released a self-titled album for CBS. MacLeod briefly joined the post Zombies group Argent.
Claus also designed all the artwork for the single cover and rare poster, plus many unseen paintings on the printed inner sleeve and insert of this reissue. The single itself on famous Spectator Records is harder to get than the CBS album. What the band “Charlies” was for Finland, “Hurdy Gurdy” was for Denmark. Extra heavy guitar psychedelic with great drums and bass and extra cool vocals, on the same musical level as British Cream, sometimes even better! We love this album – solid underground all the way! 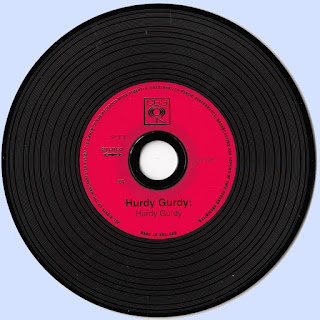