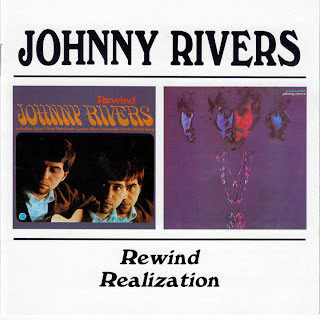 With a big, clean production, and quality L.A. session musicians, Rewind is a great collection of blue-eyed soul and rock. The album's two Motown covers, "Baby I Need Your Loving" and "Tracks of My Tears," are more similar to tributes than attempts to outshine the originals. Rivers sounds like a well-adjusted Southern hipster on tracks like "The Eleventh Song," which makes him sound like a cooler version of Sonny Bono. "Rosecrans Boulevard" showcases superb vocal harmonies and horn playing.

The most interesting track would have to be "Sidewalk Song/27th Street," which is pretty mediocre as a song, but are the bizarre sound clips possibly attacking commercialism? No one really knows. Produced by Lou Adler, arranged by Jimmy Webb, featuring Joe Osborne on bass, Larry Knechtel on piano, and Hal Blaine on drums, this record is a solid, tight recording, with excellent production and inventive arrangements provided by Webb.
by Zach Curd

Not a concept album, but a song cycle depicting life in southern California in the late '60s, Realization is a fine cycle to catch a ride on. It's also a serious surprise -- when psychedelia reared its head in 1967, the results were frequently disastrous for those performers who'd been specializing in straight-ahead rock & roll, and few had rocked harder or more straight-ahead than Johnny Rivers. Instead of jumping on a bandwagon that had nothing to do with where he was musically, he hijacked the sounds of psychedelic rock -- much as the Temptations did at Motown -- and took it where he was going.

Acting as his own producer for the first time, Rivers opened up a slightly gentler side to his work that's equally valid and a lot more interesting, if not quite as exciting as his rock & roll classics. After a few sonic digressions as a lead-in, "Hey Joe" gets going, carrying listeners into Rivers' gorgeous rendition of James Hendricks' "Look to Your Soul." His own achingly beautiful "The Way We Live" follows, and then comes Hendricks' "Summer Rain," which turned into Rivers' last big hit of the 1960s. And then he has the temerity to take "A Whiter Shade of Pale" and make it prettier and harder -- but less spacy -- than the Procol Harum original; from there he plunges into blue-eyed soul on "Brother, Where Are You."

The surprises continue right through to the rather delicate, introspective reading of "Positively Fourth Street" at the close, Rivers succeeding in evoking a vast array of thoughts and emotions. For his trouble, helped by the two hits, he was rewarded with a Top Five charting album, and one that has continued to find new admirers across the decades.
by Bruce Eder 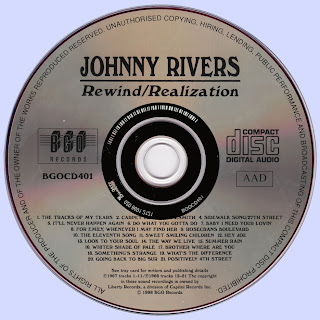