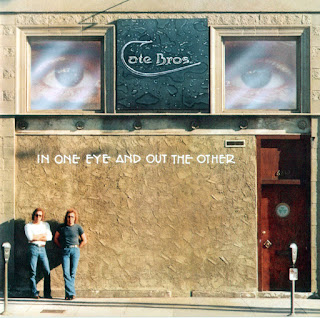 For their sophomore effort, the Cate Brothers -- twin siblings Earl Cate (lead guitar, vocals) and Ernie Cate (vocals, keyboards) -- were once more working with producer Steve Cropper, who also plays on some tracks, along with Donald "Duck" Dunn and a brace of top session men, including Jim Horn and Bobby Keys. And the production here is pretty powerful stuff, soaring most of the time whether Earl and Ernie Cate are doing slow soul ballads ("Start All Over Again") or driving, high-energy numbers, such as the title cut -- although no matter how imposing the overall sound and the playing within, it's always rooted around the vocalizing by the two Cates (helped at times by Cropper, and Terry Cagle and Albert Singleton).
Apart from the superb playing and singing, the amazing aspect of this record is how much it was ignored by most of the public at the time of its release, at least outside of the South where the Cates had built an audience. The Cate Brothers were a more soulful and virtuoso outfit than the Doobie Brothers, whose sales at the time were almost a license to print money. And as this album reveals, they were better at assimilating and building on the Motown sound as a foundation for soul-based rock than the Doobies, and Cropper's production gave them an ever better claim to the Stax/Volt sonic legacy than their considerable natural inclinations in that direction would have led them -- and it's all merged seamlessly here.
Perhaps the problem was that Asylum Records, with its reputation as a haven for singer/songwriters, just wasn't the label to break an act like this -- one wonders if the Cates might have fared better if they'd been signed to Asylum's sister label Atlantic Records instead. In any case, most of the resulting album was comprised of songs that few listeners would mind hearing more than once in the same sitting, with highlights that include "Can't Stop," "Start All Over Again," and "Where Can We Go." And somebody must have recognized that In One Eye and Out the Other was still a great record 30-plus years later, because it finally saw CD release in the 21st century.
by Bruce Eder 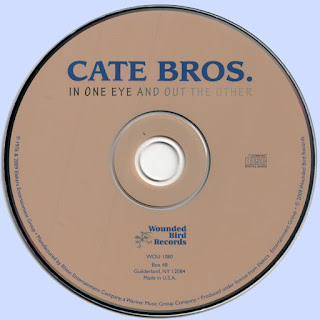