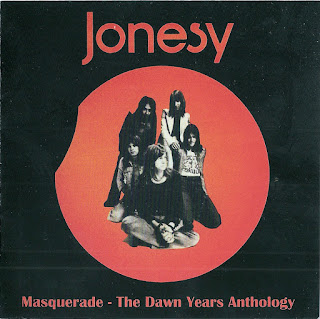 While there's no shortage of progressive music being made today, much of it takes place below the radar, without the support of major labels. During the 1970s, on the other hand, anything seemed possible, and the industry provided considerable exposure to music that's since become marginalized. It's unlikely that bands like King Crimson and Yes would be able to build such large fan bases, were they to emerge today. Still, despite the internet's contribution to a resurgent interest in progressive rock, there are groups that have fallen by the wayside, deserving to be more than a historical footnote.

Formed by Tasmanian-born guitarist/vocalist John Evan-Jones after relocating to England in 1969, Jonesy is one such group, bearing some comparison to Crimson and Yes despite possessing none of the gravitas of Crimson's early albums or Yes' overall bombast. Still, with the pre-synthesizer mellotron—a portable instrument allowing the addition of orchestral and choral textures—a fundamental part of Jonesy's sound, and its often lengthy and episodic compositions, Classic Rock Magazine's description of Jonesy as "The best prog band you've never heard" may be a touch hyperbolic, but still affords Jonesy a fuller due never received at the time.

Masquerade - The Dawn Years Anthology collects the group's first three records, along with an early single and one brief outtake, evidence of another 1970s progressive rock characteristic—surprisingly rapid growth from album-to-album, and over short periods of time. Recorded between May, 1972 and October, 1973, Jonesy not only went from the rock-based, semi-symphonic prog of No Alternative (Dawn, 1972 to the more jazz-informed Growing (Dawn, 1973, but weathered an almost complete personnel change after its first album, leaving Evan-Jones and keyboardist/vocalist Jamie Kaleth as the only members common throughout the entire two-plus hours of music collected here.

While Evan-Jones doesn't have quite the personality of Crimson's Robert Fripp or Yes' Steve Howe, he's no slouch. His reverse-attack solo on the funky but hard-edged "No Alternative" offers a taste of the territory Adrian Belew would mine more visibly a few years later, while his impressive triplet-based arrangement over David Paull's Chris Squire-like bass line on "Pollution" is decidedly in Yes territory, albeit somehow less self-indulgent in tone.

But it was in the band's major shake-up following No Alternative, that Jonesy made a significant shift, notably with the recruitment of electric trumpeter Alan Bown. More sophisticated vocal harmonies and a richer blend of rock, classical, jazz—a touch of soul, even—inform the Rupert Hine-produced Growing. "Jonesy," the album's closer, is closer to fusion free-improv, although with a string arrangement by Simon Jeffes and the group expanded to an octet with guests Bernard Hagley (saxophones, Ken Elliott (keyboards and Maurice Pert (percussion, it assumes unexpected form over its nearly twelve minutes.

Once again Esoteric Recordings (formerly Eclectic Discs) have rescued a group from obscurity, and given it some well-deserved exposure in a lovingly remastered package with informative liner notes, and archival photos and cover art.
by John Kelman, January 11, 2008 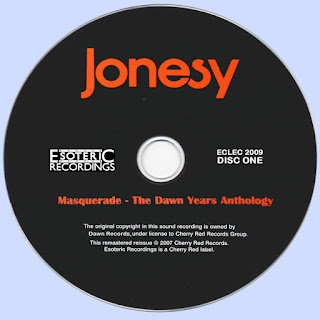 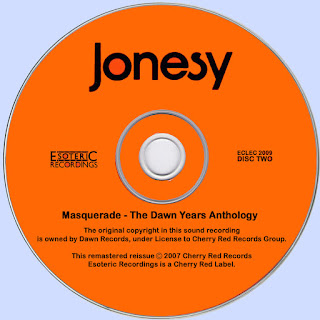