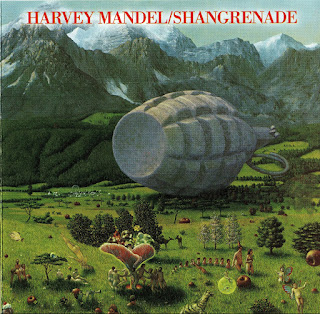 This classic 1973 vintage album is a must. It contains some of the first recorded examples of the 'two handed tapping' technique.
Employing a distinctive two-handed finger-tapping method that many guitarists including Eddie Van Halen later mimicked, Shangrenade implements this on over 85% of the album. Teaming up once again with Don “Sugarcane” Harris of Don & Dewey fame, Mandel put out a record that was years before it’s time in the realm of psychedelic guitar. Incorporating sustain effects to replace strumming, he overdubs himself several times intertwining snake-like guitar licks and interjecting whammy-bar whines. Recommended to every aspiring axeman.
Born in Detroit, Michigan in 1945 and raised in Chicago, Harvey had a brief stint playing bongos before switching to guitar. He used little Fender amps at first, using different tricks, and eventually used an all-tube, low quality Bogan PA amplifier. It had the greatest natural sustain, according to Mandel. Mandel became the original guitarist with Charlie Musselwhite, releasing the debut album Stand Back! in 1966.
A pioneer of modern electric blues from Chicago, Harvey Mandel developed and mastered sustained and controlled feedback, displaying both extroversion and musical virtuosity. He has performed with many blues legends including Howlin' Wolf, Muddy Waters, Otis Rush, Albert King, and Buddy Guy. 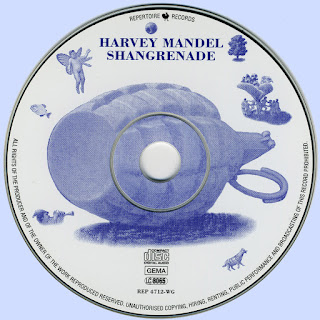