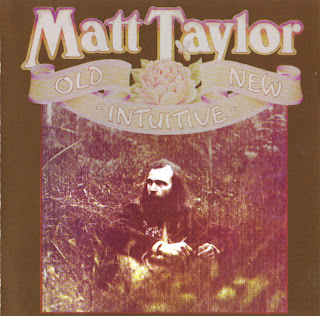 An Australian blues legend, Matt Taylor has been playing his brand of Australian-twinged blues music since the mid-'60s. His first band, the Bay City Union, was formed in March 1966 and was one of Australia's first traditional Chicago blues bands. They issued one single, "Mo'reen"/"Mary Mary," in April 1968 before breaking up in July 1968 due to a general lack of interest in blues bands.
Taylor briefly sang with the Wild Cherries before forming the Horse, and then briefly stepped in as lead singer with Cam-Pact for a two-week tour of Sydney during early 1970. He then joined blues band Genesis in February, who released a collaborative single with Carson County Band, titled "Bad Luck Feeling"/"Back Home" under the banner the Meating. They toured until August 1970 when Taylor left to join Chain; the move proved fruitful with the hit single "Black and Blue"/"Lightning Ground" (March 1971) and the groundbreaking album Toward the Blues (September).
Taylor left Chain in October 1971 and spent the next year living on a farm in Beechworth, Victoria. In January, Taylor performed at the 1973 Sunbury festival and the track "From Brisbane to Beechworth" appeared on Mushroom's triple live album set The Great Australian Rock Festival Sunbury 1973. Another live performance, "Roberta" (recorded June 1973), appeared on the album Garrison the Final Blow Unit 2, and his performance with Chain on "Grab a Snatch and Hold It" also made it on the album.
His debut solo album, Straight as a Die, was released at the end of 1973. The single "I Remember When I Was Young"/"Krishna Loves You, Too," which had been recorded in an open paddock at Kingston Park Farm, hit the Top Ten in Melbourne. The album reached number 15 on the national charts and Taylor toured the country, performing at Sunbury 1974; the live track "We'll Never Do the Same Again" appeared on the various artists album Highlights of Sunbury '74 Part 2.
His second album, Music, was released in August 1974 and he supported Jethro Tull on their Australian tour in August 1975. His third solo album, Old, New, Intuitive, was released in September 1975, before Taylor once again retired to a commune, this time at Balingup, Western Australia. He formed a new band, Western Flyer, in 1977 and played with them until August 1979. He then formed the Matt Taylor Band with legendary slide guitarist Dave Hole and they toured Australia during the next year.
In December 1980, Taylor and Phil Manning formed the Matt Taylor Phil Manning Band, which issued the Oz Blues album in June 1981 and the single "Spring Hill"/"The Line." They supported U.S. guitarist Roy Buchanan on his Australian tour before disbanding in December 1981. In January 1982, Chain re-formed for the Mushroom Evolution Concert to celebrate the tenth anniversary of Mushroom Records. Taylor then re-formed the Matt Taylor Band which released the album Always Land on Your Feet (February 1983). The Matt Taylor Band broke up in December 1983, and Chain re-formed yet again. Chain would tour on and off until 1995.
In April 1991, Taylor and Manning toured the country with other Australian blues legends before Taylor flew to Germany in 1993 to tour with a band called the Booze Brothers. He then played in the U.K., followed by the U.S., where he supported the John Heussenstenn Band and Walter Trout Band.
Taylor's fourth solo album, Pyramids and Spirals, was released in March 1995 followed by his fifth solo album, The Awakening, in 1997. Again working with Chain after its release, the band recorded a new album, The First 30 Years, and toured during 1988. A new Chain album, Mix Up the Oils, was released in July 1999.
by Brendan Swift 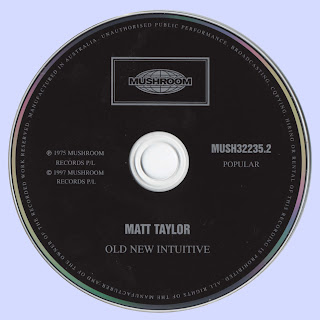