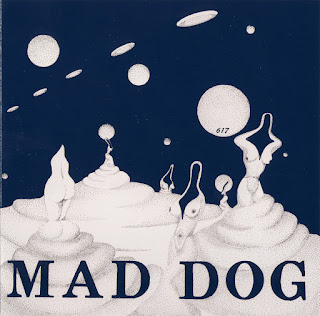 Formed in Bay City, Michigan, in the early 1970s, the power trio Mad Dog developed its unique style of hard rock in the basement of a family home and later in a rented warehouse near the banks of the Saginaw River. Although their only vinyl release was an independently released album, the band played its original material regularly at clubs, bars, road houses, high school dances, and festivals for a decade before finally disbanding.

The Charlebois brothers, Joe (1954) and Bob (1957) were born at Mercy Hospital in Bay City, the very same hospital where singing star Madonna was born in 1958. The brothers grew up in the Banks area on the city’s West Side. Although their parents did not play musical instruments, they listened to records of popular singers like Frank Sinatra, so there was always music around the Charlebois house.

Mad Dog’s heyday was during the time when 18-year-olds could drink legally. On January 1, 1972, Michigan had passed the law to align the legal drinking age with the new voting age law. The band played a lot of original materials during their performances, the idea being that they weren’t going to get very far just playing covers. It was a ballsy move since most bar owners preferred bands that played covers of the hits of the day. The strategy seemed to work for Mad Dog, however, and they were soon making twice as much money playing in bars as they could make working in a factory. They started out renting trucks to bring their equipment to gigs, but when the price of gas rose dramatically, they purchased a new Chevy van and trailer.

Bob and Don went to New York after it was completed to shop the recording to major labels in an attempt to attract interest. With the album in hand, they plotted out the companies they wanted to visit, including Atlantic Records and Led Zeppelin’s Swan Song imprint, but they were unsuccessful in getting a deal.

Their hopes dashed, the band ended up forming its own label, Fish Head, and releasing the “617” album independently in 1977. They also came up with a unique plan after Joe got ahold of a copy of Broadcasting Yearbook, which listed all of the Album-Oriented Rock stations across the country as well as Canada and even the Caribbean. The band sent out 500 copies of the album to the AOR stations in the hope that it would garner airplay.

It was a gutsy move, but the considerable investment was only semi-successful as the album was picked up and added to the playlists of numerous college radio stations but none of the big commercial stations. The “617” LP ended up being most important as something they could sell at gigs and use to promote the band.
by Gary Johnson 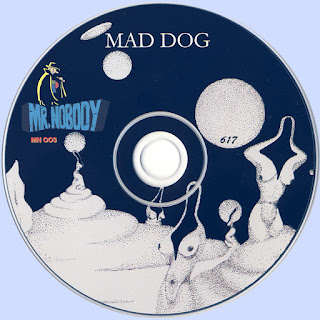