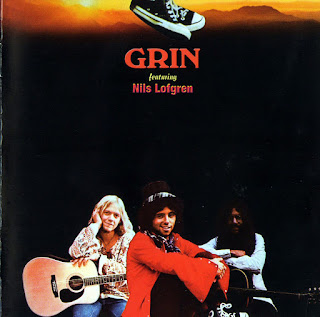 Nils Lofgren raised in the Washington, D.C. suburb of Garrett Park, Maryland, he began playing music at an early age, picking up the accordion at the age of five, spending time studying classical and jazz, then getting seduced by rock & roll as a teenager. Lofgren picked up guitar and piano at the age of 15, forming the band Grin with drummer Bob Berberich and bassist George Daly soon afterward. As the group played the local circuit, Lofgren happened to meet Neil Young. Impressed with Nils, Young invited the teenage guitarist to head out to California and Lofgren accepted the invitation, taking Grin with him. The band set up in a Laurel Canyon home rented by Young and began rehearsing while Lofgren played guitar and piano on Neil's 1970 LP After the Gold Rush. Lofgren was just 17.

Although Nils was so thoroughly within Young's orbit that he appeared on the 1971 album by Crazy Horse -- he played throughout and sang lead on his original composition "Beggar's Day" -- he remained devoted to his D.C. band. Grin landed a record contract with A&M Records in 1971. By this point, Daly had left the band and was replaced by Bob Gordon. Produced by Young's right-hand man David Briggs, Grin's eponymous debut arrived in 1971 and, soon enough, the group was earning more critical attention than sales.
by Stephen Thomas Erlewine 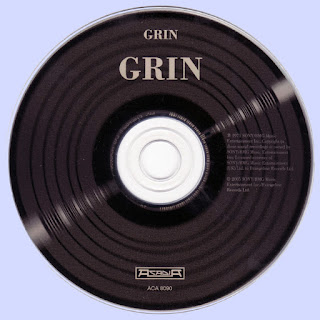 Free Τext
the Free Τext
Posted by Marios at 5:08 AM 4 comments: