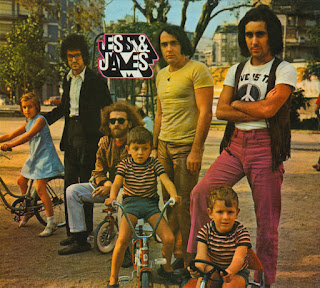 When Belgian Portuguese duo Jess and James (Tony Lam and Wando Lam) released their third LP in 1969, they already had an impressive body of work under their belt.

Playing a highly energized blend of pop and soul, they achieved great success in Europe with singles like '' Move'' and '' Something for nothing'' . Oddly enough, they were often presented as British musicians origin instead of Portuguese.

Their next record wouldn't bear the name Jess and James but instead the quite adventurous name of Free Pop Electronic Concept. “A New Exciting Experience” was a joint effort with experimental composer Arsène Souffriau, one year before the much*lauded “Ceremony”, where composer Pierre Henry is joined by rock group Spooky Tooth.

Later in 1969, Jess and James released their self titled third and final album which is widely regarded as their best. This time they are joined by top session musicians Scott Bradford (keyboards) and Stu Martin (drums) and the sound changes toward a more hard*psych*prog approach, featuring superb Hammond work and some long jams, at times reminiscent of early Caravan.

Here you can find this fabulous album reissued for the first time, licensed from Belter Portugal, plus three bonus tracks taken from non*LP 45s released in 1970*71, in the same musical style. 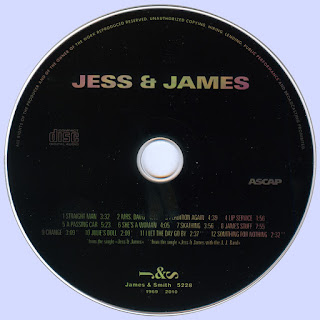