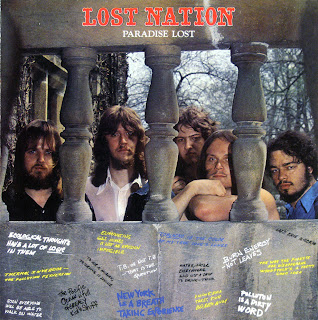 Lost Nation were formed in Detroit, Michigan, their sole album "Paradise Lost", originally released 1970 in the US on Rare Earth RS 518. Late psych album , crossing over to progressive rock with some of the organ/guitar jams. Recalls another Michigan group - the more known SRC, especially on their "Traveler's Tale" album. Album is melodic in a heavy style with plenty of organ, including Hammond B3. Great riffing and soloing and always fun, in the style of what people now call “proto-prog”.

Essentially it is an amalgam of late psych rock, early Prog and hard rock. There were lots of bands from the period 1968-71 that encompassed these three elements, played in an atmosphere of early Deep Purple with a touch of Beggars Opera, lots of tasty guitar improvisation! remind me of most, this is a real killer in case you are into US hard psych into prog albums. Stunning tracks and musicianships. 7 minutes "She'll Take You" is nothing else then a monster!. Mandatory purchase for any lover of rock music of 1970!
by Adamus67 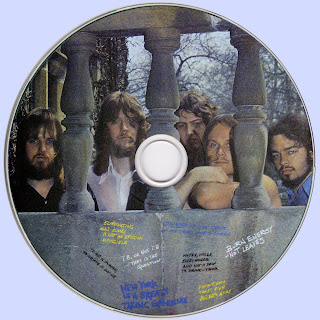 Free Text
Free Text II
Posted by Marios at 11:32 AM