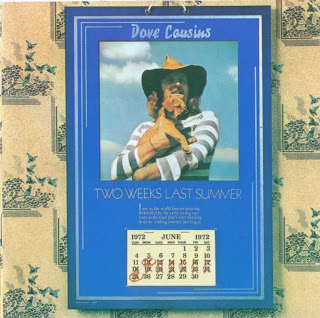 Dave Cousins' long awaited solo album, Two Weeks Last Summer, was released in mid-October 1972, on the same day the Strawbs single "Lay Down" was released (see a 25th anniversary special feature). The album had been recorded before the band went off to undertake their first US tour in 1972. Cousins headed for Richard Branson's recently-opened Manor Studios in Oxfordshire, taking with him guitarist Miller Anderson, bassist Roger Glover from Deep Purple and drummer Jon Hiseman (Colosseum, later Tempest). Rick Wakeman guested on two tracks and, more significantly, on "I'm Going Home", the Cousins rock'n'roll song which became a Strawbs live set encore favourite, was joined by guitarist Dave Lambert, who masqueraded in the cover credits of Two Weeks as "Lampoon".

In promotional material for the Bursting At The Seams US tour, Cousins commented that the different styles of the musicians used for the solo album added "a totally new dimension to the songs and further added to the rock train of thought, considerably influencing the new songs I was writing."

After the tour, Cousins had returned to the studio, wanting to re-mix a couple of tracks on his solo album. He recalled:

"When I first made it I was delighted with it ... the remixes weren't as successful as my first attempts. I should have stuck with it as it was and put it out. Now I can listen to side one and I'm deliriously happy with that side two isn't so good. But all in all, I'm quite happy with it."

The title track has had a lengthy history. First recorded in the Sandy Denny sessions back in 1968, in what is for me a rather unsatisfactorily hasty version, it was later recorded by Sandy with her own band Fotheringay, for which session Dave was asked to write an extra verse.

Unfortunately it didn't make the album Fotheringay either (though there have been rumours that Jerry Donahue is trying to put together a release for the second album), and only emerged on the majestic Sandy Denny retrospective set Who Knows Where The Time Goes. On Two Weeks, Cousins plays guitar and piano (and something coyly labelled "tinklies" - presumably chimes of some sort), and Tom Allom plays organ over the top of Roger Glover's sweeping bass notes.

"October To May", as noted earlier, was based on the tune of a Russian folk song sent to Cousins via Sonet in Denmark. A version with a guitar backing appears on Preserves Uncanned. Here it is delivered accapella, with Cousins solo voice capturing the sense of winter cold over multi-tracked backing vocals (Dave Lambert, Tom Newman and Tom Allom - under the guise of the "Kidlington Kossacks").

Cousins' tour de force on the album is however the three part "Blue Angel", a song which became a regular for the Cousins and Willoughby duo, but only joined the Strawbs repertoire for the 1993 Silver Anniversary tour. Cousins is once again supported by Glover, joined now by Rick Wakeman, Jon Hiseman and Miller Anderson. The first section of the suite, "Divided", opens with a gentle Cousins acoustic guitar phrase, before building up speed into some exciting guitar breaks from Anderson until the first appearance of the anthemic chorus which links the sections.

The second section "Half Worlds Apart" is dominated by some characteristic Wakeman piano runs, over paradox laden Cousins lyrics - "A man of honour has no secrets, How can I be a man of secrets". The final section moves into a major key, for the reassuring "At Rest", before the chorus takes us to the fade. The track is for me one of Cousins most impressive compositions, and it alone would justify [has justified!] the album's re-release on CD. "Blue Angel" can also be found on the UK 2LP "Best Of The Strawbs" as the only representative included from the solo album. The song was re-recorded by the 1976 band (Cousins, Lambert, Cronk, Combes, Mealing and Kirby) in the initial Deep Cuts sessions, which also spawned "Beside The Rio Grande" and "Hard Hard Winter".

However, those sessions with Tom Allom were abandoned, and "Blue Angel" in that format has never seen the light of day (though performances of the song live by the band in the 90s clearly draw on that arrangement).

[A version of the song, which is closer to the 1976 version than the original, was recorded by the 1993 line-up and was released on Blue Angel in 2003.

The closing track on side one is "That's The Way It Ends", where an attractive Robert Kirby brass arrangement makes it quite difficult to hear Cousins' vocals. Side two opens in fine form with "The Actor", Cousins' voice electronically distorted over searing wah wah guitar from Anderson, joined now by Lambert with Townshend-like thrashing chords. The track features an extended fade out with the two guitarists trading phrases over a heavy rock backing from Glover and Hiseman - unusually strong stuff for Cousins, but picked out by Cousins for inclusion on By Choice, the A&M retrospective used to fill time between Bursting At The Seams and Hero and Heroine.

"When You Were A Child" is a touching piano/vocal solo by Cousins regretting the passing of childhood, and is followed by the second most frequently performed track on the album, the country-style "Ways And Means". Built up from a Cousins acoustic guitar run, it features guitar from Anderson and more fluid Wakeman keyboard work (he in particular excels). Cousins has suggested that he would like the verse which appears on the front cover of the album:

to be his epitaph, wryly adding that it would probably cost too much to be inscribed. The song was another number written in the Devon hideaway caravan, which around this time was replaced by a cottage in the village of Alfington.

"We'll Meet Again Sometime" , which Plummer in his Melody Maker review, reminds us was the Strawbs old show-opener, appears officially on vinyl for the first time here, in a heavily countrified version with Cousins vocals and a acoustic/slide guitar duet with Miller Anderson. It was recorded more or less in the open air in the grounds of the Manor, complete with birdsong and passing cars.
Strawbs-web 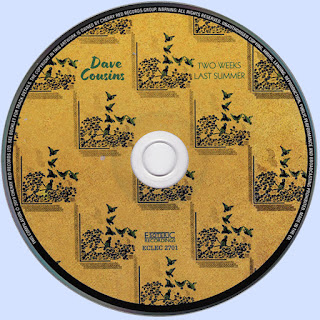