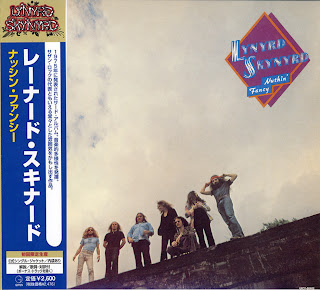 With three full-time electric guitarists, a piano player and a fireplug of a lead singer who looks like Robert Blake's Baretta in a hippie disguise, Georgia's Lynyrd Skynyrd presents an unusually broad front line. And the band's live grand finale ("Our tribute to Du-ane"), the relentlessly ascending "Free Bird," is rock & roll at its most classically enveloping — a must see. On record, Skynyrd, with the aid of producer Al Kooper, approximates its hot live sound by limiting overdubbed extras (with three guitars and a keyboard, overdubbed parts are hardly necessary) and — partly through extensive room miking — by enclosing the band in a natural ambience.

Nuthin' Fancy maintains the feel, sonically and stylistically, of the first two albums but much of it seems stiff next to its direct predecessor, the tough but neighborly Second Helping. Singer Ronnie Van Zant's lyrics, so lucid and sly on the last album (especially in "Workin' for MCA" and "Sweet Home Alabama") are now sometimes hackneyed ("Railroad Song") or heavy-handed ("Saturday Night Special"). And the playing on a good half of the album sounds studiedly awkward compared to live renditions of the same songs. In particular, new drummer Artimus Pyle comes across much stronger onstage than on the record.

But there are some specific grabbers to make up for the problem areas. "On the Hunt," dominated by Gary Rossington's whip-snap guitar work, crackles with the dark eroticism of Free (Kooper cites that band as a favorite of Skynyrd's) and is as good as anything the group has put on record; "Cheatin' Woman" works, if not as a serious angry song, at least as an accurate Gregg Allman sendup, with Van Zant doing the vocal slurs and Kooper supplying the organ line; Rossington and Ed King give the second half of "Saturday Night Special" an exciting power assist; and "Am I Losin'" features Van Zant's most personal writing and singing (Van Zant's lyric writing may be erratic but his vocals are always on target).
by Bud Scoppa, “Rolling Stone” June 19, 1975 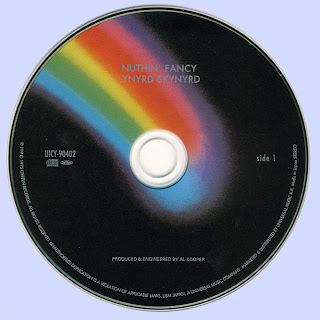