The Flock - The Flock (1969 us, awesome progressive jazz rock) 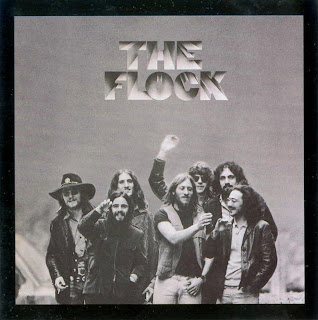 Similar to cross-town rival Chicago, the Flock used horns and was signed to Columbia records.  But while Chicago was more of a rock group with strong jazz influences, the Flock was even more out there.
Most of this is due to their not-so-secret weapon: violinist Jerry Goodman, who played in a downright classical style.

The word virtuoso is not one to use lightly, but it applies to Goodman.  Right out of the gate, The Flock has an enchanting classical violin/jazz guitar piece ("Introduction") that can hardly be called rock.  Goodman's playing is very fluid, and he even pulls out a few tricks such as plucking and wah-wah ("Truth").

It helps that the rest of the band are no slouches either.  Guitarist/vocalist Fred Glickstein usually just acts as support while Goodman does his thing, but is a decent player in the distorted electric mold ("Store Bought-Store Thought").  The rhythm section of Jerry Smith (bass) and Ron Karpman (drums) acquits itself well on the jazzy beat (like Chicago's), while the horn section is closer to BS&T (Rick Canoff on tenor sax, Frank Posa on trumpet and Tom Webb on sax/flute/harmonica).

Together the music is one huge melting pot, varying between rock, classical, jazz, blues, and even soul, often within the same song.  For example, "Clown" starts out as a BS&T like blues number but has a fantastic dreamy middle where the horns get to play jazzy lines, or "I Am the Tall Tree" which can only be described as folky classical that again has jazzy stretches.  Lyrically, The Flock has a lot of semi-dated counter-culture stuff, but it is not embarrassing or anything.

On the other hand, the music is planned well - the rhythm section tends to keep them firmly anchored ("Store Bought-Store Thought") no matter where they go, the vocal harmonies are well constructed, and they do synchronized note runs periodically ("Truth").  The songs are not jams, but spotlights that rotate on the members of the band.

That they only lose their way once, in the middle of "Truth" where what starts out as a straight blues number evolves into something looser, is remarkable.  They even do an excellent, soul-like rendition of "Tired of Waiting" (oddly credited to the group).  But this is a downright fascinating album.  You want American progressive music?  Here it is.  Produced by John McClure.
Tripod 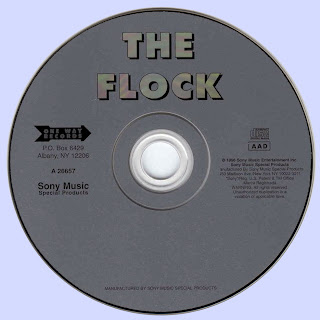