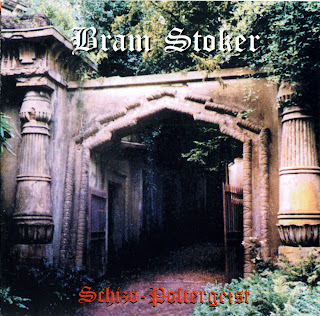 This edition covers, and this version is the first release of this album on CD label Audio Archive(1999) A year later the same material appeared in the original cover of "era" and the original title "Heavy Rock Spectacular"as a reissue CD, a year later the label Black Widow released it with the original artwork and in 2003 the label Akarma released it as CD reissue in a mini LP gatefold sleeve. Here is a gem from the Early British Progressive Rock Movement, Bram Stoker under this name hides a mysterious group of musicians from England.

Know the real names only today (and even that is only supposition), and an extremely high level of performance can venture to say that they were high-class session musicians. They left behind only one album, but it is on two titles and two versions of the cover. .... However, musically - is a gem of an early, strong play. 8 tracks, 38 minutes of music. 38 minutes phenomenal, ride without holding on , with excellent guitar solos and both keyboards and even drums, bass are excellent.

All played on a big backlash, you can see that perfectly fun in the studio. The ideas contained on this disc other groups would do a few discs are especially great quotes from the classics expertly fitted into spontaneous improvisations. Great group, great album, great music. I recommend absolutely everyone, with particular emphasis on heavy guitars and lovers Hammond B3 organ.

The eight melodic and dynamic compositions are Hammond organ drenched, the electric guitar is often distorted (fuzz) delivering some fiery soli but in general it is on the background. Bram Stoker their sound has elements from Atomic Rooster (Born to be free), ELP (Fast decay) and often Beggar's Opera, mainly due to the classical organ sound (for example Bach's Toccata In D-Fuga in Fast Decay and the long Fingal's Cave) and the pleasant vocals. The track Blitz has some Spanish flavored guitar undertones and sounds a bit dark. The final, horror-like song Poltergeist features floods of classical inspired organ.

Brought to the forefront of publicity was musical atmosphere dark and foreboding – you can thank Sabbath, Black Widow, Lucifer’s Friend, Atomic Rooster, Buffalo and a few others for that – and in all respects was the death bell of summers of love. The minds behind Heavy Rock Spectacular are as forgotten as their sole offering, for it offers no insight as to whom or how many created it, and a source names T. Bronson one culprit, but if he did anything afterward, it’s just as undiscovered.
by Adamus67 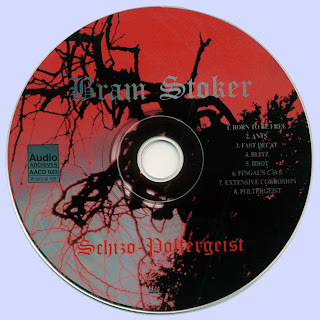