Ram - Where? In Conclusion (1972 us, heavy prog with fuzz guitars and flute interplay) 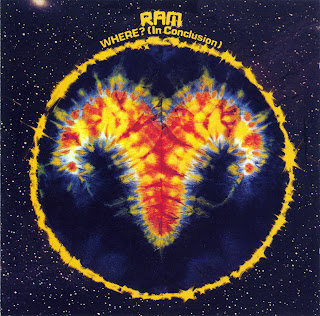 Ram is a  group that was based in New York City in the United States and was active in the early 1970s. Band members included brothers John and Ralph DeMartino as well as Bob Steeler who later played with Hot Tuna.

Many reports state that a mellotron was the instrument used for the spacial and elecronic effects of Ram's music. Actually, they were the result of electronic flute and in some cases, tenor alto and soprano saxophones (sometimes played 2 at a time) by John DeMartino. The band produced one album on Polydor in 1972 entitled Where? (In Conclusion). The original vinyl is a sought-after collector item. 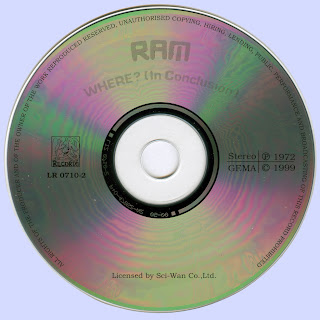