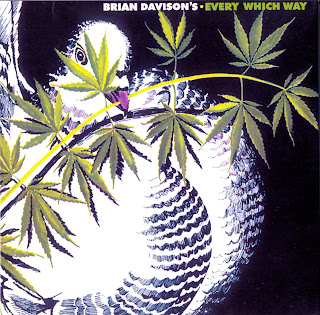 A few months after the disbanding of the Nice, drummer Brian Davison put together a new group he wanted to call Every Which Way and recorded what turned out to be his only solo album. Released in 1970, it was received with indifference and remains to this day cruelly underrated.

While fellow ex-Nice Keith Emerson went on to form the widely successful prog rock trio Emerson, Lake & Palmer, Davison recruited unknown musicians to find a new sound miles away from the classical pomp of his former band. The result is a delightful rock album, very delicate and soft for the most part, tinged by blues and soul and reminiscent of Savoy Brown's albums of the early '70s, but also of Brian Auger's Oblivion Express.

Most importantly, Davison never takes a leading role, keeping his drumming intelligent and efficient, but firmly anchored in the background. Keyboardist/singer Graham Bell wrote most of the material. Guitarist John Hedley (who disappeared after this LP) does a great job in the more energetic "All in Time." Future Procol Harum bassist Alan Cartwright puts his distinctive touch to the music.

Saxophonist/flutist Geoffrey Peach (later in Lake) plays with much soul, evoking a cross between Elton Dean circa Soft Machine's Third and Mel Collins circa King Crimson's Islands. The music is deceptively simple, with exquisite arrangements and gripping vocals. The opener, "Bed Ain't What It Used to Be," pioneers a genre of restrained blues rock ballads that would become more common in the 1990s.

"The Light" is the other highlight and sounds like Van der Graaf Generator playing the blues. Simplicity has rarely sounded so compelling. Every Which Way is an unsuspected treasure hidden among the piles of minor prog rock-related albums of the 1970s.
by François Couture 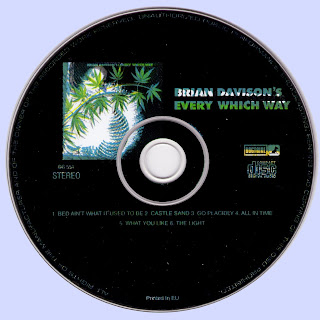 Tracks
1. All In Time (Maria Niforos)
2. What You Like
3. The Light
4. Bed Ain't What It Used To Be
5. Castle Sand
6. Go Placidly
Music and words by Graham Bell unless as else stated