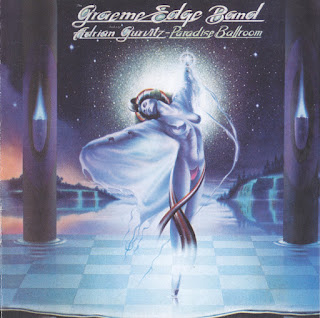 Having been pushed to the periphery on his sophomore solo album, Kick Off Your Muddy Boots, Moody Blues drummer Graeme Edge wrestled back control for the follow-up, Paradise Ballroom. On Boots, singer/guitarist Adrian Gurvitz shared the limelight only with keyboardist Mickey Gallagher, leaving his own brother, bassist Paul, and his putative employer, Edge, to languish in the shadows. Now the tables were turned, as Edge insisting on co-writing all the tracks with Gurvitz (the drummer contributed only three on his debut), and promoted Paul to lead vocalist. This resulted in a much more coherent set, and a far funkier one, throwing the spotlight directly onto the rhythm section, bolstered by guesting Traffic percussionist Rebop Kwaku Baah.
Of course, Gurvitz's lead guitar still splays across the album, but so does a full horn section, as the set sashays around disco, reggae, Motown, funk, and soul, the upbeat songs counterbalanced by gorgeous, introspective numbers. The discofied adaptation of "Everybody Needs Somebody" is inspired, the breezy "In the Light of Night" a delight, and the funky title track a soul-filled extravaganza.
Edge died on 11 November 2021 at his home in Bradenton, Florida of metastatic cancer. He had previously suffered a stroke in 2016.
by Dave Thompson 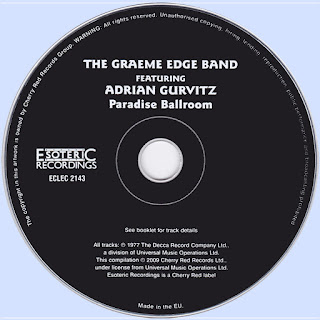