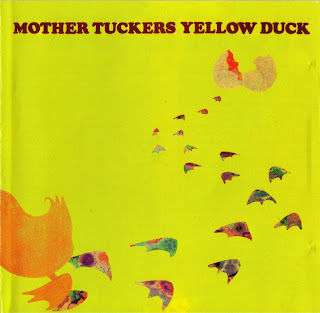 Riding the wave of the psychadelic movement taking the West Coast by storm in the late 1960s, Mother Tuckers Yellow Duck was originally a loose group of stage performers, where everyone had different characters on stage, and guitarist Bob O'Connor was the only actual musician, and was centred around Boston native Kathy Kay as Mother Tucker.

He left to join Medusa, but before long fellow bandmates bassist Charles Faulkner and drummer Hughie Lockhead left when Mother Tuckers vocalist John Patrick Caldwell (whose original role was the actual talking yellow duck) said he was looking to form an actual musical group. Along with guitarist Roger Law, they hooked up with promoter Cliff Moore and played the Vancouver area, making a couple of trips down the western seaboard to California.

They eventually caught the attention of executives at London Records, who rushed out their first single, "I" b/w "Funny Feeling." It did nothing on the charts in '68, but encouraged, the label issued a follow-up, "One Ring Jane" b/w "Kill The Pig" the following spring. When it also failed to make the top 40, the band decided to do things its own way, and formed Duck Records, with distribution through Capitol. They re-released their first two singles, and as they made their rounds around Vancouver, they became regulars at The Retinal Circus, and also made the area's high school dances part of their regular routine.

After adding Donnie McDougall on guitars and vocals, they entered the Vancouver Recording Company studios with producer Robin Spurgin, and released their debut album, "Homegrown Stuff" in the fall of '69, which saw a re-recorded version of "One Ring Jane" get released again, with "Times Are Changing" as its b-side. It became their only US release. A second single, "Little Pony" made its way to the charts, but fell off just as quickly. Primarily written by Law, McDougall, and Caldwell, the music was influenced by everything from the San Fransisco peace movement and traditional country to distorted guitars and spoken word, and contained interesting vibes in songs like "Elevated Platform," the country-rocker "One Glass For Wine," "Intermission Poetry," and "Bye Dye."

They were originally supposed to appear on an album full of West Coast artists that was to benefit The Cool Aid House, a sanctuary opened in Vancouver for the homeless youth and hippies, but the band pulled out of the commitment at the last minute. They played the back-up role on JK. and Co's Suddenly One Summer album in '69, and they toured alongside the likes of Deep Purple, Alice Cooper, The Yardbirds, and opened the Pacific Colisseum with Cream. Law's departure paved the way for his younger brother Les to replace him.

Their sophomore album came in the summer of 1970 in the form of Starting A New Day. The title track b/w "No One In Particular" from the first album was the only single, which failed to resonate with radio stations or the buying public. More in the same experimental vein as its predecessor, other noteable cuts included "True Blue," "Middlefield County," and "Nightfowl."

But unable to catch a big break, the band split up by early 1971. McDougall gained the most notoriety of any of the members, eventually joining The Guess Who for the first time, and would also end up in several other versions of the band's many lineups over the years. Roger Law died in the mid '90s in a car collision. Faulkner joined the Wild Root Orchestra for their lone album in 1981, then got out of the business all together after a couple of other ill-fated groups.
by John Bower, Doug Larson, Tressa Novicelle, Mike Panontin 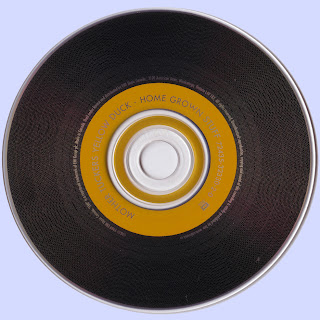 Free Text
Text Host
Posted by Marios at 9:10 AM