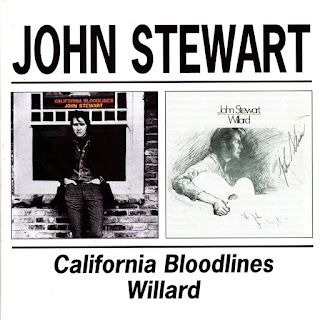 John Stewart's follow-up to the unprecedented success of California Bloodlines stuck close to the same formula. Recorded in Hollywood with many of the same musicians from the earlier record -- Norb Putnam, Kenny Buttrey, Charlie McCoy, among them -- Stewart also employed other country musicians such as banjo boss Bobby Thompson and fiddle player Doug Kershaw as well as a host of his peers -- from Russ Kunkel and Carole King to Danny "Kootch" Kortchmar, James Taylor, and Bryan Garofalo -- at the suggestion of producer Peter Asher -- later known for his schlock work with Linda Ronstadt and Carly Simon among others. Nonetheless despite Asher's best attempts at taming the thin, reedy wildness in Stewart's voice, it wasn't to be. Stewart is a songwriter with a rambling vision, and the best of his rambling songs are included here, and as such, he draws inspired performances from all of his bandmembers.

The feel of the album is somewhat stripped of the California crap that was in so many records from that time. A listen to "Belly Full of Tennessee," with Kershaw's fiddle and Putnam's bass driving the tune, colored elegiacally with Thompson's banjo, makes it a Louisiana bayou dance tune. It's raw, tough, and full of unbreakable spirit. "Back in Pomona" is a country rocker in the purest sense of the word. Stewart's uncompromising lyrical vision that relates the past as if it were a living, breathing present drives a band eager to carry those words through to the listener. Willard is a romantic record in the same way that California Bloodlines was, but its romanticism is well intentioned in that it poetically preserves a time period in America that was quickly disappearing. In the title track, Stewart's romanticism centers on a character, a hobo, who embodies everything that is free and wild, untamed, and often tragic, but there are no apologies, no sentiments other than the fact that this unlikely icon is everyone and everyone is him, separated only by circumstance. Likewise "Golden Rollin' Belly," about the need for a woman's sexual company, with Chris Darrow's fiddle and Thompson's banjo riding well inside a big fat Garofalo bassline. Willard is a country record in all the best ways; it just might be Stewart's master opus.
by Thom Jurek 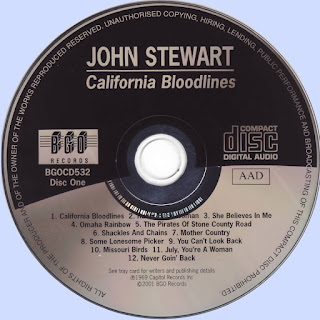 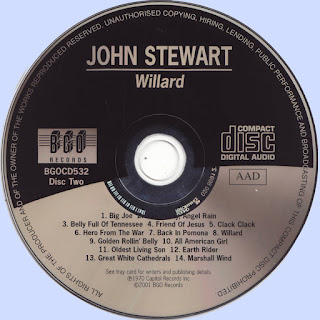 Free Text
the Free Text
Posted by Marios at 12:07 PM