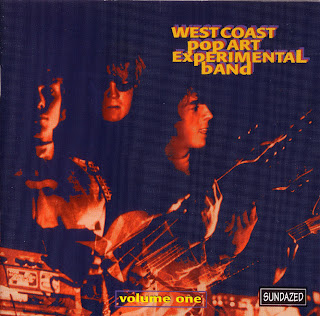 Despite an ever-increasing following from collectors since their demise, for the past thirty years the West Coast Pop Art Experimental Band have stubbornly resisted attempts to uncover the truth behind their mythology. Almost every aspect of the group seems to beg unanswered questions.

To begin with there was the name itself. Long and unwieldy, it seemed designed to defy recollection and sink the heart of poster designers everywhere. Was it a six-word manifesto of creative intent, or simply a cynical attempt to climb aboard the 'psychedelic' bandwagon? Then there were the song credits and album photos, according to which a certain Bob Markley was the band's driving force, a position seemingly confirmed by the appearance of his final 'solo' LP: 'A Group'.

Yet, somewhat confusingly, on the back of that album's sleeve there appeared - for the first time since the band's debut on the Fifo label - pictures of all four original members. Last, and definitely not least, there were the songs themselves. Along the way the music encompassed almost every musical genre - harmonic guitar pop, acoustic folk, psychedelic rock, jazz and avant-garde; and then there were those extraordinary lyrics - some starkly political, others naive and child-like; at times dark and sinister, at others simply insane.

As Brian Hogg observed in his sleeve notes to Edsel's mid-80s compilation 'Transparent Day': "(t)here are few groups as enigmatic, as mysterious or as plain contradictory..." This article does not pretend to be a definitive account of the West Coast Pop Art Experimental Band - indeed, it now seems clear that some questions will never properly be answered - but the story which emerges is fascinating nevertheless, not least as an insight into how extraordinary music could emerge from a group driven by internal conflicts and held in the thrall of a man driven by dubious motives.

This album was originally issued in 1966 on the tiny "FIFO" label, which was a Hollywood concern specializing mainly in R&B. Probably only 100 or so were ever made!
A mint original copy of this LP was sold in '95 to a private collector for a substantial sum, who in turn reissued it (unauthorized, of course) on LP and CD. The CD featured three songs as bonus tracks that had turned up on the Raspberry Sawfly "Legendary Unreleased Album" bootleg from 1980, the excellent Sassafras and Obviously Bad (released as a single under the name California Spectrum in 1967) and a cover of the Left Banke's She May Call You Up Tonight.

It seems that much of the material was already completed by the time Markley became involved. However, the inclusion of certain tracks - 'Don't Break My Balloon' [a prime example of Bob's 'singing'] and 'If You Want This Love' - indicates that he must have had some influence over the sessions and, more to the point, their subsequent release on vinyl.

The rudimentary album included contemporary hits and original compositions and was recorded in a self-made studio in a strore-front place on San Vincente, just outside of Beverly Hills.
by Tim Forster 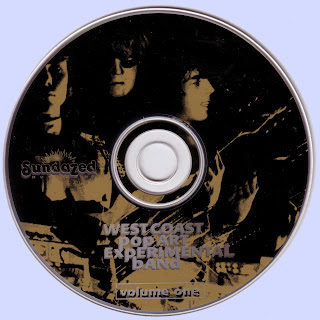