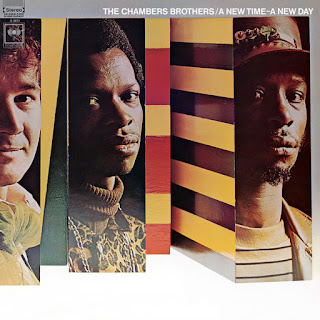 Thriving in blues, rock ‘n’ roll, gospel, and rhythm and blues idioms, the Chambers Brothers had the respect of music critics and many of their peers. Not long after releasing their first record with Vault, the brothers garnered the attention of record execs at Columbia. Signing with Columbia sometime in 1966, the band teamed up with famed producer David Rubinson, psychedelicized their soul, and began to make inroads on mainstream radio with songs like “Time Has Come Today”, Betty Marby’s “Uptown”, and Otis Redding’s “I Can’t Turn You Lose”. To the band’s delight, their music was not only being played on the radio, but it was also being purchased.
To better understand the group’s diverse style, it’s necessary to briefly examine their Southern roots. Siblings Lester, Joe, Willie, and George Chambers were born and reared in Lee County, Mississippi, where their family labored as sharecroppers. Life was arduous in the Jim Crow South, but there were moments of pleasure for the Chambers brothers. Like so many African Americans, the young boys found solace, tremendous encouragement, and opportunities for artistic development within the walls of the black church. Taking in all of the lessons provided in black America’s sacred and secular worlds, the Chambers soaked up the energy and sounds of the church, while also paying close attention to the rhythms and vibes of the blues.
Skilled singers and musicians by the time their family headed for Los Angeles in the ’50s, the Chambers Brothers were more than ready when doors began to open for the group. Their big break came in 1961, when LA’s Ash Grove club included them on a bill with Barbara Dane, Sonny Terry, and Brownie McGhee. Celebrated for both their talent and “authenticity”, the Chambers Brothers — with their particular brand of gospel, blues, and rock ‘n’ roll — became regulars on the folk circuit.
A fine group of musicians who, despite their eclectic style, made a name for themselves in the ’60s. Competition for the hearts and dollars of young America was fierce during this period, but the Chambers Brothers successfully carved out a niche for themselves in the ever changing world of black popular music.
Pop Matters 14 February 2008 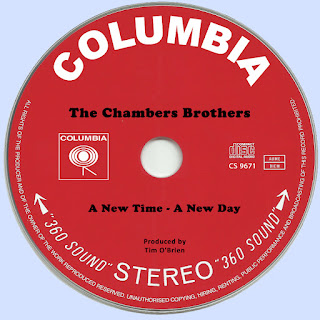